May 15, 2015
The Deep Gill Woods - North York Moors National Park
Around 2 weeks ago today (week commencing 15/12/14) A eyewitness who has asked to remain annoymous believes that he and his friend who had joined him for a woodland walk had been the victims from a possible Dogman/wildman Encounter. They were travelling through a large forest valley in the North Yorkshire Moors very near to The Deep Gill Woods when their experience happened on that day, an experience they have never had before.
They had been walking around the Peaks & Woods for few hours, having no problems, as they travelled onto a different peek with a very large forest surrounding them they suddenly got a strange and eerie feeling. They had only entered that area for maybe an hour before things didn't feel right to them. "Sounds Crazy But It Just Felt Creepy!" the witness said.
They never saw anything but this creature was there watching them. They could feel it's eyes on them, it stalked them/followed them, as they moved they would hear twigs break in the background. The sounds this creature made were sounds that the friends had never heard before in their lifetime. They had been to that forest for a couple of years now and they have never seen, heard anything like that before. The Witness has told me since the experience that fellow people have either shrugged it off as them messing around or being delusional.
When it drove them out of the woods it was around half past 5 or possibly 6pm, they knew they were losing light fast. They had heard a eerie howl/growl several hours before on top of a peek but never gave it much notice as it was so far away. When they heard it again a second time, it sounded like it got closer to them (possibly 50 - 60 yards away) and they felt the sound as if it went straight through them.
The howl/growl for them resembled the American Werewolf in London (high pitched) but then a rumbling at the end. Pure fear like frozen! The witness's brain was panicking, his body felt like it wasn't going to move. Then you could hear it walking along breaking branches and twigs as it went by, hitting and pushing by/through trees and bushes.
Him and his friend both got the impression that whatever it was it wanted them gone asap and it was making sure they didn't take long getting out of the woods.
They started to make their way out of the forest not knowing what could make noises like that, then all they could hear was it moving along with them/following them, snapping and breaking branches, twigs and bashing things around. His friend was scared as was he so they picked up their pace and ran all the way to their car.
After that whole incident the eye witness researched on what it could have possibly been, the weird dog-like howl, which make him believe that it might have been a dogman, plus the growl too. Sounded too canine to the witness. He has looked into both subjects of Bigfoot & Dogman, researching them all he can but he doesn't believe that it was a Bigfoot. Still freaks him and his friend out til this day and it has only been 2 short weeks. Before all this he thought they were just stories and myths.
One further note he was able to make - He tried talking to local people around the area about what happened but the nearest bit of info he got was that supposedly 20 years ago something got shot dead but during this time nobody would say what it was. Both witnesses found it strange that this story got covered up. 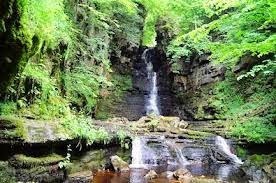 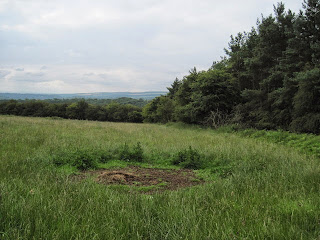