( Date Posted:05/11/2006 23:35 PM)
Hey all, thought id share one of the scariest moments of my life so far even tho there has been a few strange other things i cant explain but anyway here goes...
One nite back in Nov 2004 myself an 3 mates where sitting in my car up the Bathgate hills in West Lothian, Scotland at about 2am. It was raining but it was the very fine light drizzle type of rain and it was forming into small beads of water on my car because i had waxed it earlier during the day so the rain was just runnin of the bodywork.
Anyway i had reversed the car upto some bushes in a small gravel type carpark and parked it ther an we started to talk about spooky things etc. After about half an hour i heard a mans voice coming from the back of my car but he was talking in a diffrent language, more like a mumbling noice. Anyway i looked at my mates an they all heard it aswell so we ignored it an kept on talkin then we heard it again but was louder. As soon as i heard it the second time i reached for the keys to start the car and basicly planted my food on the pedal to get it out the car park as fast as i could, wheels spinning and everything.
We reached a mates house in a nearby town an i got out to let the passenger out of my car an we both noticed markings going from the roof above the drivers door to then goin down the rear passenger window an then onto the rear quarter panel of the car. It looked like someone or something had tried to grap onto the car as i was pulling away but couldnt grip it cos it was raining an also cos i had waxed it that day. At this point am really scared an so is my mate who was sittin at the window where the markings where. We then noticed triangle and circle markings on the 2 rear passenger windows but they wasnt there before, it was like suction marks. One of the triangles was pointing upwords an the one on the other window was pointin downwards.
After i seen the other markings that was it, i actually started to cry with fear an i used to be able to sit up them hills on my own when i used to use the CB radio when i was younger but now i wont go near on my own or even with mates because it really does freak me out,. I start cryin when talking about it even after 2yrs, am even cryin the now as i type near the end of this topic..
Sorry for massive post but thats the only way i can describe it...anyone know wot it could of been? ave looked into it an i know that the Bathgate Hills area has alot of stories about it from witches to ghosts to UFOs, there is even a 'BLACK FORREST' nearby aswell 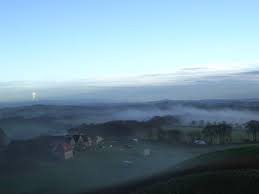 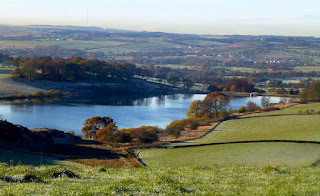 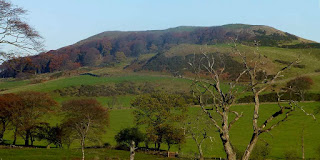