Damian: Have you seen anything unusual?

Farmer: Not through the day but there was one night it was dusk I was checking the livestock and there was a very tall figure walking across the field but did not think anything of it until I got home and thought it was way too big to be a person and never seen it again.

Damian: I can't get my head around a clan of primates living in that place but people are seeing things.

Farmer: It is a very interesting place but I find it eerie. Don't know about what you think of the place but it was very strange all those logs and sticks sticking up in the air that could not just happen with the wind because I have never seen any other woodlands like that and something very strong can only stick a log in the ground and all the dead animals in there it is very strange.

Damian: I have camped in the forest a few times on my own and have heard strange sounds, wood knocks and breaks happening in the early hours of the morning when there was no wind and no one around for miles or camping with me. Who could be clowning around? I've seen possible prints and recorded wood knock responses to my tree knocks, seen trees snapped in unusual ways like in a "W" shape. Found sheep skin and wool remains up a tree and what looked like a sheep had been sheared on the edge of the forest, wool was also found further in as if it had been dragged through. One guy told me while camping in upper Coquetdale had a titanium kettle crushed when there was no cattle in the field and another person while camping at Thrunton wood went to investigate a noise and when he returned to his camp found his tent messed with. I would like to know more about the dark figure you saw in the field, the location and what time of year the sighting occurred and anything else you can remember. We think that they move into that area in winter to take sheep as there has been sheep remains found deep in the forest. A wild cat can't drag a sheep away so what else could it be?. The logs and sticks you mentioned, did you see them on my videos or have you seen them yourself? What dead animals have you seen. Any information you have will be much appreciated.

Farmer: The logs and sticks I seen in your videos and the deer I seen in your video, it was dragged from the roadside into the wood and I forgot to say I have seen the same thing in the farm yard in *****, a tall figure about 7ft tall and Harwood Forest is not far from ****** and I know what you mean about the sheep they are very heavy to move but I have never had the chance to go in the forest.

Damian: There have been sightings at Bolam lake so these things move around. I found a footprint beside a stream which was 620 meters from where the deer hide was found, its on a video I made called 'Mystery of the missing deer carcass and possible footprint.' It measured 16.9" long and to me look like a big foot made it pardon the pun. I was in that spot only weeks earlier as I always check the streams for tracks and it wasn't there before. Did you get a good look at the tall figure in the farm yard, how did it compare to a human, was it stocky well built, what was its stance like and was it all one colour?

Farmer: At the farm here we have had chickens and sheep and tools and corn go missing and just on saturday I had a hammer thrown at me when I was in the shed and this was about midnight when I was checking the lambs and I seen that foot print on your video and it was a very big foot print.

Damian: That would scare me, does the activity you mention happen during the winter cold months and have you thought about putting up a wildlife or security camera to capture whatever it is. I have found sheep bones just into the forest from the **** road and although I don't know the age of the sheep what was strange to me there was a small lambs skull or unborn in with the sheep remains so the animal may have been took around lambing in the spring.

Farmer: Yes I have thought about putting up cameras to see what it is and yeah it has only happened in the winter months.

Damian: It will be interesting to know what general locations you had the sightings and I appreciate if you don't want to tell me the exact field or farm is, I won't give out personnel information to anyone unless you want me to.

Witness: The farm is ***** but like I say it was just on a dark night I seen the big figure come through the main yard and I was just coming out of the field and we have had about 30 hens go missing over a year and there is a farmer along the road, had a sheep go missing and we have had corn go missing and sheep food go missing. I have had tools go missing and I will find them a few weeks later in completely random places and a hammer get thrown at me it's not your everyday thing like but that's happened here hope any of this info helps it is OK if you want to tell any of the researchers and you can tell the stories on your video if you want but just don't tell them where it is but thank you for listening to my story. 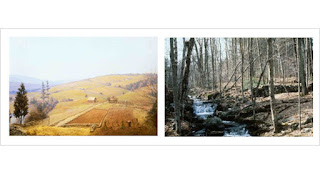 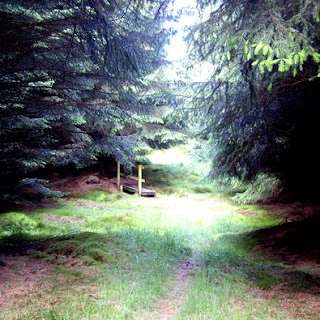