May 15, 2016
A number of werewolf sightings have been reported in woods outside of Hull, sparking locals to organise a a hunt for the beast on the next full moon.
Over the past months, witnesses have come forward to speak of spotting a huge, hairy creature around the Barmston Drain, a man-made channel near the town of Beverley.
Some locals believe the sightings are evidence of a mythical Yorkshire beast called 'Old Stinker'.

A woman who sighted the potential werewolf in December told the Express 'It was stood upright one moment. The next it was down on all fours running like a dog. I was terrified.
'It vaulted 30ft over to the other side and vanished up the embankment and over a wall into some allotments.'
She said that it both ran on all two legs and on all fours, as if with the qualities of both human and wolf.

Another couple said they saw something 'tall and hairy' eating a dog next to the channel, which runs through the countryside.
They added that it jumped over an 8ft-high fence, with the animal in its mouth.
Another woman who was walking her dog spotted something 'half dog half human', she told the Express.
Her dog, she said, refused to go any further along the path they were walking down.

According to the newspaper, locals who believe something could be lurking around the banks of the Barmston Drain are going to go on a hunt on the night of the next full moon.
They will be armed with cameras to prove their scary sightings were real.
Local Labour councillor Steve Wilson has said he was willing to offer his services to the effort.
He the Express 'I am happy to keep a diary of sightings by people around here and report them to Hull Council.'
Witnesses and folklore experts have been quick to link the sightings to the well-known legend of Old Stinker.
Old Stinker is said to roam in the Yorkshire Wolds, an area of beautiful countryside north of the Barmston Drain.
More specifically, the beast is supposed to stalk the Wold Newton Triangle, an area known for mysterious activity. For centuries, tales have circulated of zombies, ghosts, the Old Stinker werewolf and other paranormal activity.
'There is the legend of a werewolf called Old Stinker – a great hairy beast with red eyes, who was so called because he had bad breath,' author Charles Christian told the Hull Daily Mail.
'It was known for the wolves to dig up the corpses from graveyards. From that sprung the idea that they are supernatural beings, who took the form of werewolves.
'When people would glimpse what they thought was the rear lights of a car in front, it would instead reveal itself to be the red eyes of a wolf.'
But now, those well-versed in the paranormal fear that Old Stinker has outgrown his triangular haunt, and moved to the Barmston Drain. 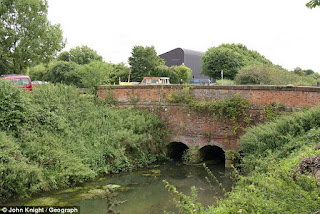 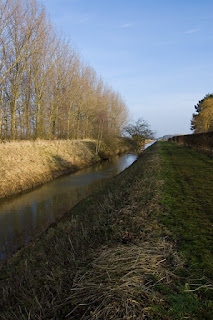 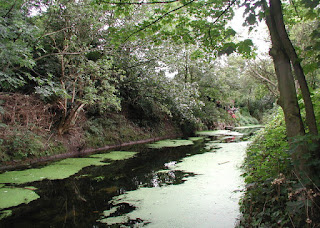