June 26, 2016
This was my grandparents property and we spent a lot of our childhood there, my brother currently lives there.

The first incident took place during the day when I was sent out to get the newspapers that got delivered to the neighbours at the bottom of the road. I was with the dog and we were coming down the path that leads to the track running past the bottom of the property and out to the farm road. I have marked where I was walking with the yellow dots. Just before I got onto the track the dog stopped suddenly and started to growl, whine and bare her teeth, I remember seeing the hair rising on her back but I carried on past her for a few paces ending up on the track (the green dot is where I stopped). I looked up to see a large black figure further along the track standing with its back to me (red dot number 1). It was reaching up to a branch on a tree at the side of the track and was tall, thick build with no neck and wide shoulders. I remember standing in shock for a second or two before screaming and turning to run back to the house , as I screamed it slowly started to turn round but I didn't hang about to see its face. Needless to say my reports of seeing a monster were not taken seriously and dismissed as it probably being a neighbour. I can't give an exact year but I was around 8/9 years old (This is an estimation as I remember drawing a picture of it in primary 5 at school)so that puts it around 1980/81 and I don't have an exact time of year but the leaves were out on the trees so it would have been sometime between April/May and September.

There were 2 further incidents around that time but they are more tenuous, one was at night when we were coming up the road in the car and just as we were turning right onto the track there was a figure further up the road looking towards the headlights (red dot 2). I briefly made out a humanoid shape and there was orange eyeshine reflecting from the lights, it was just standing in the middle of the road. At the time I told myself it was probably a person. The final incident was when we were out picking wild raspberries and we heard something way back in the woods, a long , deep wail. The adults in the group commented wondering what it was but then carried on with what they were doing (approx. location and direction of noise are marked in blue).

At that time the area to the north/north east and the south were all commercial pine woods, including the fields directly adjacent to the property. Almost all of the woods have been cleared now and there are more houses in the area. There is also a disused sandstone quarry to the north, with a water hole that was stocked with brown trout, there are hundreds of rabbits and sometimes deer around. At one time there was a tunnel that led from the quarry to Redford for transportation of stone, but I am having difficulty finding exactly where it is from records. I mention this as I am trying to work out the feasibility of some kind of hominid being able to survive around there.

The first incident terrified me, I had nightmares for quite some time afterwards. I could have possibly dismissed it if not for the dog's reaction and I can remember the whole encounter very clearly. For years I wondered what it was and have recently found out about other possible sightings further north east. I have asked my mother, who grew up there if she ever experienced anything unusual there but she hasn't, although she did say that when she was young she didn't like going up round the quarry area as she felt like she was being watched. Unfortunately my grandparents and the neighbours who lived there at the time have passed away now. I intend to get some time up there and scout about , not that I think there would be anything in the way of evidence but just to determine possible shelter areas etc. around the quarry.

Obviously I'm not making a definite claim as to what it was that I saw but in researching the Squatch phenomenon over the past year or so there are similarities that I can't ignore. This experience has stayed with me and I find the whole thing a fascinating area of research. There are issues with the location, in it being much further south and less remote that other sightings in the north east and it is frustrating that I can't ask the people who lived there about unusual activity. I was also very young at the time and so this doesn't make it the most robust report as well as it being unverifiable. Oh, to go back in time with a camera, tape measure and internet!

This report comes from Charmaine Fraser now a researcher in her own right, she covers the whole of Scotland in her search for answers, and finds many a witness willing to share a tale or two. Her work on the UK Wildman/Bigfoot in invaluable, and her research is some of the finest to date. 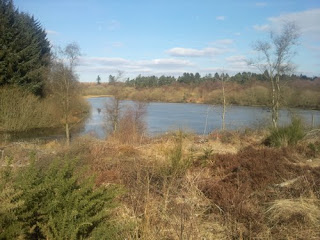 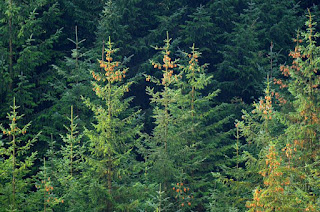 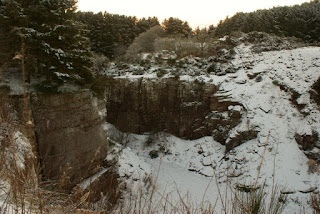