June 27, 2016
Three young men were walking along a wide track through a forestry plantation, when one of the youths saw a dark human shaped figure run across the track from the left to right two hundred yards ahead of them. He felt an immediate sense of terror and foreboding, but his friends saw nothing at first and they were teasing him and accusing him of having made up the whole thing,  it was but just a few minutes later that all three saw a face that they described as human but not human, peering out at them between the branches of the fir trees.

Acting out of fear one of the young men threw a stone at the creature which quickly disappeared. They hurried home and although puzzled they put the whole thing behind them.  Now some time had past and the three young men involved in the previous encounter were driving into town, in an area around two miles away from the site of the first experience, they were driving along  when a large, dark and hairy figure appeared at the side of the road. It began to run up the road behind them and was soon level with the car. What was strange about this was that although the figure was running at a speed sometimes approaching 45 mph, it did not appear to be fatigued. At one point the creature stared into the car at the three youths, with an inquisitive expression, but after about 5 minutes it just stopped abruptly in the middle of the road. The young men soon lost sight of the creature.

Also reported from this area is a  woman living in a secluded cottage has twice seen a dark, hairy figure standing in the forest watching her cottage, before disappearing into the undergrowth. 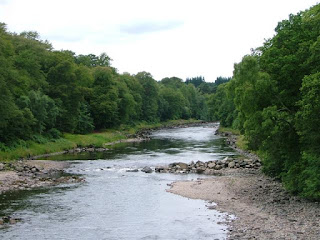 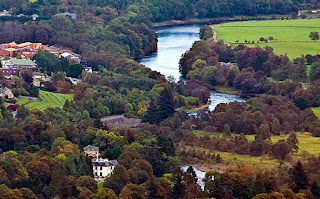