I had an experience in Thrunton forest with a friend in June last year 2015?  No visual sighting as such, just the most godawful smell and crashing through the bush we tried to search the area for some dead animal but it's very thick and we found zilch. I go to this forest a lot and I often feel I'm being watched  Here is what happened that day.

28 June last year myself and  a friend from Australia travelled to Thrunton to show him the caves on the crags,  we followed the red trail to where it splits and joined the trail on the northern side that leads up to the old part of the woods.  About 50 yds onto the trail there was some crashing on the bush which is very thick there and then a truly disgusting smell appeared on the breeze, kind of like body odour mixed with wet dog but  also quite musky but worse!  We both stepped into the bush, split up and went in two routes to see if there was a dead animal, there was not any to be seen and no visual source to the smell, we were both puzzled and then we hear more heavy crashing moving away from us and the stink faded along with the noise. We came out carried on up to the crag for the rest of the day  coming back the same way with no trace at all of any odour or noise. I’m up at thrunton forest a lot and sometimes you definitely know something is Watching you.

As many regular readers know, the area of Thrunton Forest is not a new one for strange noises and weirdness, the following account is from 2014 and passed to myself by the witness:  I was contacted by a fellow researcher today and he advised me of two strange incidents that could be wildman related. the witness knows of two friends, the first friend goes walking and camping often, he told me that while camping alone in Thrunton Woods the witness was unsettled by sounds outside his tent, when he went to investigate and found nothing, he returned to find the pegs pulled out, so he left and camped elsewhere but felt very uneasy about the who experience.  The second friend tells some fellow outdoorsmen who went climbing on the crags up Thrunton and they heard wood knocks, it’s seems thrunton woods, is an area worth researching.   Now as all of these instances of wood knocks, strange smell, and crashing through the wood noise were within a two year span of each other. Now if we add in all of the other accounts from Harwood and Bolam lake too It seems North East is the place to be if you like a mystery. 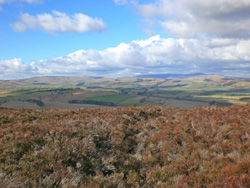 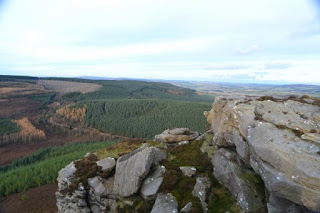 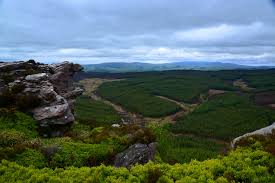