Something in the shadows throwing things? The Chilterns May 2017

September 19, 2017
Hi Deborah,  i have followed your page etc for a while. And to be honest I always found bigfoot in the UK a bit of a push to believe, but i am very open minded and am quite well known in Big Cat Research in the Southeast, I have camped out in many places overnight and spent days out in the woods in the search of Britain's Large Cats.  I know the diverse habitats in the UK and i understand how large intelligent animals can stay hidden from people and thrive quite easily.   I'm used to bushcrafting and nature's structures and even i am finding things i can't explain, Like the night in question, i'm not claiming it was a wildman or a cat, i'm simply stating some very strange things happened that night, that i can not explain. 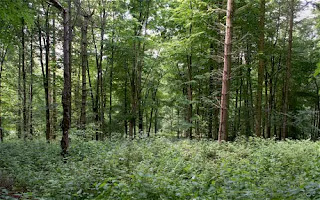 I am curious though, because about 5 months ago i had a very scary experience while solo wild camping over some baits in the valley trying to film big cats. I had set all this up earlier and was just waiting in the hope of luring something in.  I had settled down at camp by the fire and was sat quietly and i noticed i wasn't alone anymore, at first i sensed it, but after a while it seemed like something would approach me to within perhaps 20 metres and go back again, i could hear breaking sticks and ground movement and i actually thought something was throwing things in my direction. It really sounded like something was throwing branches to get my attention, and whatever it was, it stayed just out of sight of the fire, there was no lights and when i would shine my torch to the area i thought the sticks were coming from,nothing could be seen. 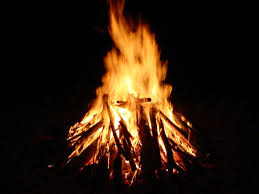 It was very strange and i thought at first somebody was having me one, it's a long walk there and back for a prank, but i was certain “someone” was there, I actually would shout out to “it” and bark at it with my best dog impression, I kept  thinking it was poachers.  Eventually it all stopped and went quiet, so i settled down for the night.  Later that night i heard a huge bang and crash. I thought it was a gunshot, but thinking about it now i think it was a tree limb being whacked against a tree. I got up and ran out of there! I went back to get my stuff the next day, the camp was fine and  nothing was touched.

I was camping in The Chilterns and was in Mantles Wood near Missenden Buckinghamshire. I live very close to there and actually found a sighting of a hominid about a mile away 20 odd years ago. Do you have any sightings from the chiltern hills? I could have a look around and i have found some very impressive tree arches but have to say I will need some serious convincing!  I am open minded though and i'm not ruling anything out, do you have any sightings from this area as i would be happy to help with your research. 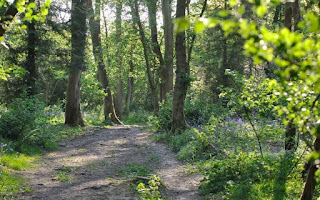 I actually filmed my camp for my youtube channel and if you scroll the video to the second night camp towards the end you can see me by the fire calling over to it and it snapping sticks would be interested in your thoughts
https://www.youtube.com/watch?v=p4XXyK9f3_c   20.46 timestamp for noises outside camp.