August 18, 2015
Witness report:I saw something when I was younger here is my story.


I was about 19 and me my GF and my 3 best pals went camping in the Black Mountains in Wales, we went to the local pub had a few and drove back to our campsite in the middle of nowhere in a glade surrounded by woods.
My self and my GF had one tent my pals had another and upon settling down for the night I found out I had no smokes so I made up a tale that someone was outside our tents, one of my brave pals got out of his tent and had a look around and while he was up I asked for a pack of smokes, my pals realised my ruse and entered my tent and duffed me up.
About an hour or so later my GF woke me up saying "someone IS outside" so thinking It was my pals getting me back I shouted out "I know it is one of you" but each one answered from their tent "nope not us" so I grabbed my torch and left the tent.
It was pitch black and I heard something make a run for it as I left the tent and scanned the treeline with my torch, as the beam went to the left to right it passed a shadow human shaped but its eyes reflected like a cats but red, I shone my torch at it and saw a humanoid figure run through the woods but on all fours.
I screamed and told my mates and GF but they thought I was again taking the micky.
I still have this image in my mind and it was a werewolf.
He then went on to say 'When my torch first hit the creature It was on two legs but then when my torch went back to it it was on all fours running away through the trees.' Possible Woodwose? 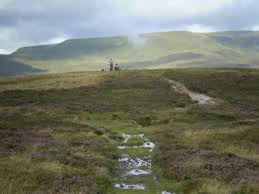 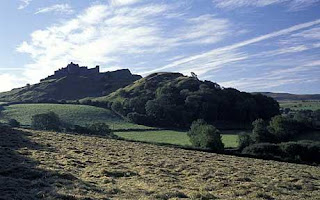