July 26, 2015
On Saturday 12th May 2012, a small group of Twilight Shadows Paranormal decided that we would go on a three-location paranormal road trip.

Our first location were some allegedly haunted woods in Wiltshire.The woodlands lie on an ancient site and as soon as you enter them, an ethereal, atmospheric sensation, envelops you. It does not feel entirely comfortable and you definitely feel that you are being watched. I have been to these woodlands many times and I have had many experiences, witnessed by other people.

PAST EXPERIENCES
I have seen many shadow people here and one Halloween night, Loretta saw a group of these entities, who passed by her in single file, each turning their head to look towards her as they passed, not seeming to recognise her, looking straight ahead and then walking on.

Several people, including team member Vikki have heard growls right beside them in these woodlands which is unnerving. I have actually seen a semi - transparent, large, dog-like animal which looked very much like a wolf. It just ran through the clearing where I was standing and disappeared. Although I could just about see through it, I could see that it had a dark coat.

I have also seen the figure of a very tall man standing by a tree. He was huge and didn't appear to be wearing many clothes. He was so tall, I was terrified. He did not look at me but to the right of me. I turned around to see what he was looking at and when I looked back, he was gone. 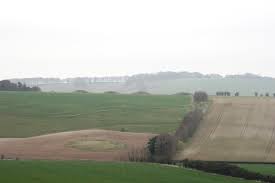 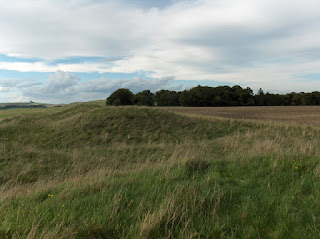 I have also heard the sound of women chattering although the voices are always indistinguishable.