THE GHOSTS AND HAIRY HUMANOID OF RAF ALCONBURY

i first came across the legends surrounding RAF Alconbury, Huntingdon, when browsing through John Hanson and Dawn Holloway’s ‘Haunted Skies’ series of books. The authors relate some curious incidences told to them by men who had been posted at there in the 1970s. This area seems to be rife with ghosts, unexplained happenings … and even a werewolf!
Wesley Uptergrove said that he once heard children’s voices whilst on night-watch duty. The voices were all around him, and eventually began to slowly fade away. He went to a local library and found out that seveal children had been killed in a train accident in the area in January 1876.
Dennis Prisbrey, stationed here between 1973/5, told of colleagues seeing a “creature” near the north side of the airfield. One sighting of it scared a colleague so much that he jumped into the cockpit of an aircraft and refused to get out. The creature was also seen climbing over the security fence, and entering the North Woods. Wesley Uptergrove also saw it, and said he tried to pursue it in a truck. He described it as 5ft 9″ tall, with human-like eyes, a flat nose, and large ears.
On an Internet forum (ghostvillage.com) discussing this case, one man posted in 2004 that he had been stationed at Alconbury for 30 days in 1978. During his stint there he related how a colleague told him that in 1972 one of the aircraft mechanics had been found in the back seat of a phantom jet, after supposedly “dying of fright”. Another poster on the same forum said that the man had survived, but never recovered his sanity, and was eventually discharged from the service. Yet another poster said the whole thing was an old legend, and had been so even by the time he arrived at the base in 1972.
The area around Alconbury is very haunted. Monks Wood, a couple of miles away, is said to be haunted by ghostly monk-like figures. Hinchinbrooke House nearby also has its fair share of mysteries. It was built around an 11th century nunnery, given to Thomas Cromwell as a reward for his part in the Reformation. It has secret tunnels which are said to connect the house to the local railway station. It became part of Hinchingbrooke School in 1970. Ghostly children’s voices have been reported here too.
In 1832, during repairs to the house, two stone coffins were found containing the remains of two nuns. Ghostly nuns have been sighted at Nun’s Bridge, over Alconbury Brook. Some believed though that the remains are Medieval male benefactors of the nunnery. Even so, there is a hoary old legend that a nun was said to have had an illicit liaison with a monk, and was put to death. (This legend also crops up around Borley Rectory, in Essex, once described as The Most Haunted House In The World).
Further renovations were carried out at the house as recently as 2005, and builders working on it refused to go any further after sighting a ghostly monk there one night.
The werewolf legend crops up here too, with tales that a werewolf haunted the west wing of the house in 1947!
Whatever the truth about this area, it certainly contains some interesting stories. sjhstrangetales on: April 8, 2013 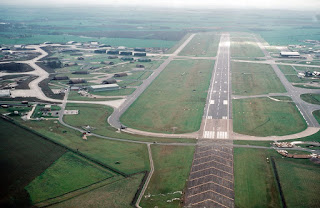 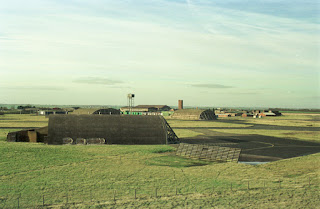