November 11, 2015
Whilst researching Wildman and woodwoose sightings, i come across many Large Black Dogs accounts their descriptions similar in each account with red or sometimes yellow eyes, They seem to be witnessed by ordinary people on what seems a regular basis. Some are described as on all fours or up on two legs, hairy and appear and disappear quickly. They come from all areas of the country and go by many names, across the uk from Wolfman to Shuck, padfoot and bogey and many more regional names.

I have listed a few of the accounts here for your enjoyment and who knows, you may be the next witness..... 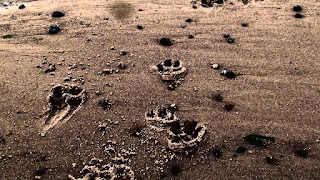 Cannock Chase.A report that altleast 17 dogman sightings have been reported on the chase, The has been put together by Lionel Fanthorpe – who’s a leading figure in paranormal research – by studying police reports and archives of groups who explore ghostly and unexplained events.SightingsThe survey shows that a paranormal group visited Cannock Chase in 1975 with several of them claiming they saw a snarling beast ‘rear up onto it’s hind legs and run off into the bushes’.What lurks in the woods of the Chase?But there have been more recent ‘sightings’. In April 2007, the Stafford post newspaper ran a report which said the West Midlands Ghost Club had been called in to investigate calls from people who’d seen a ‘werewolf-type creature’ prowling around the Chase.Several people claimed they’d seen the ‘wolf’ walking on it’s hind legs in the German War Cemetery on Camp Road.The WM Ghost Club took what it called ‘credible eyewitness accounts’ from a local scout master and postman, who claimed they’d come face to face with the Werewolf.They said they thought it was a large dog until it raised itself up to it’s full height of which was almost 7 foot tall. It darted into the bushes when it was startled.Other theoriesThe Cannock Chase Post ran a story a month later in which it quoted a un-named paranormal expert who claimed the werewolf sightings could actually be a ‘subterranean stone-age throwback’.He offered the theory that the creatures could have lived and thrived in the old mines under Cannock Chase for centuries, coming up to the surface via old earthworks to hunt, for local deer.He also claimed that there had been a number of domestic pet disappearances in the area around the War Cemetery - especially dogs who’re let off their leads while out on walks.Paranormal hotspot?Werewolf or not, there’s no doubt there’s something spooky about Cannock Chase.There have been a number of sightings of a big cat which people believed to be a leopard or panther, and was an unwanted pet that has been released into the wild. 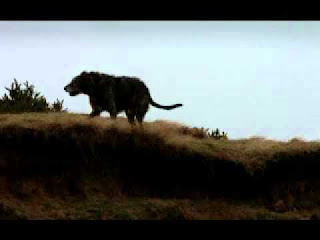 EDALE, DERBYSHIRE (1925) - A large dark creature of unknown origin caused havoc here in the 1920s when it killed dozens of sheep. Though rarely seen, the creature was said to have a howl like a fog horn. The locals believed it was a Werewolf.

Location: Exmoor (Devon) - Valley of the DoonesType: WerewolfDate / Time: Nineteenth centuryFurther Comments: A woman walking home after dark reported seeing a grey man with a wolf's head, apparently stalking a large rabbit. The werewolf vanished when disturbed by a stag that ran out from a nearby wooded area.

Leece (Cumbria) - Road through the village
Type:yellow eyed creatureDate / Time: Winter, late 1990sFurther Comments: While driving through the village, a married couple spotted a large black animal in the middle of the road. They were forced to stop the car, as the creature did not move. It was about two metres high and just under a metre tall, covered in black bristly hair and yellow coloured eyes. One of the witnesses reported that the beast resembled a large cat, but was not feline nor dog. The creature eventually moved slowly from the road and stood on the grass verge, enabling the witnesses to drive off.

The Billingham Black Dog:
Witness account from Co. Durham: for nearly a year now, myself and a friend have seen a black dog in our area. We know for certain it is not just a stray or something, and to be honest, until we read the information on the sight we thought we must of been imagining it. The creature we see looks a little more like a wolf than a dog, it has glowing red eyes, and is always seen in the same places. We live in Billingham, its a town near to Middlesbrough, and had a really old village nearly a mile away called Wolviston. Also, I've noticed that the information we find always mentions death, but up to now, touch wood, no one near to us has died. We would be really grateful if you could send us some more information about this, and if you want any information on what we've seen I'd gladly send you it. Ok, now you either think we are escaped mental patients or kids with too much time on our hands, or telling the truth. I assure you we are telling the truth, I'm 17 and Ste is 19. We were walking from a camping party back home at about 3 in the morning. I noticed Ste watching something as we walked and when I looked there was a large shadow. About the size of a large dog. I shone the torch light against it and it vanished completely. I removed the light and it was there again. I said it must of just been a shadow but as we walked it remained beside us. The we saw a pair of red "eyes" come from it. I shone the torch again, and again it vanished. But this time when I removed the torch it appeared closer than it was before and it was still moving toward us, quickly. We sh*t ourselfs and legged it. Since then we seen it loads of times, but we've never actually heard it bark or howl. It seems to appear in the same places, and usually starts toward us. Weird thing is, we never hardly see it in the winter, in fact I havn't seen it since September. We've only seen the eyes glow twice. Once was in the middle of a golf course while we were taking a short cut. We were quite deep into it and it was totally pitch black so I doubt it was the retina. And the second time was by a main road. It was pretty late and there were no cars around but its possible it could of been reflected from a street lamp.

Lancashire: The witnesses name is Tommy C. and he lived very close to this area, one night in the late hours the witnesses was walking in this area and saw something that he can still remember to this day.  it was dark, hairy and crouched over, as the witness backed off the almost doglike thing growled at him, he described the eyes as yellowish and really scary, he made off before the animal approached him further. He has owned dogs all his life, even racing and training greyhounds for a over a decade, He said "this was no dog, iv never seen anything like it before or since.  They way it growled and the size was just unreal, i can still see it in my mind to this day.  It was the same colour as a dark alsatian dog, but much bulkier.  Also in the Buile Hill area we have two wildman sightings one in 82 and the other in 84 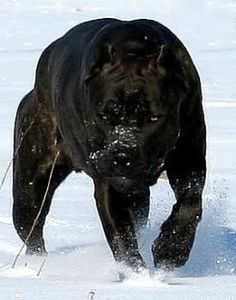