Dogmen Reports from across the UK

I have been asked this week about the British Dogman accounts, and i have to admit like most people i know very little about them.  I have heard many theories and ideas on who and what they are, i myself am unsure and don't feel qualified to answer the question, but what i can do i think is to share the reports i have, and anyone wanting to research them can then do so as they wish.  It is a tricky subject here in the UK due to the odd lie and exaggeration by some untrustworthy people, but when the truth is told, this amounts to nothing more than hearsay and half truths. And leaves us with valid witness accounts just like the Wildman accounts that come in.


The people with the accounts are the ones we should listen too, and like all subjects it is easy to fear the unknown and to demonise the things we don’t understand. It’s by opening up to all the possibilities that we can start to pick away at the truths, like the Wildman research, we can only go off what we see and hear, and the experiences of the witnesses themselves, and the honesty and intent of the person they tell.


Here are a number of accounts of the Dogmen in the British Isles and i would like to thank Guy Fawkes for asking me the question that made me think about my own bias on the subject, it’s time to start afresh and try and see what is happening on the ground in reality and give the subject the respect it deserves.  People are seeing and reporting tall dog like creatures/figures with pointed ears and snouted faces, up on two legs and walking like a man, often seen rising or falling to all fours and with speeds that can keep up with and outrun a car travelling at 35mph. 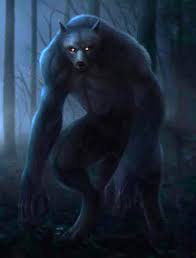 
A witness reported that she had seen what was described to me as “a hairy man with a wolf’s head,” roaming near Loch Morar (a Scottish loch that, notably, also has a longstanding lake monster legend attached to it), and that it was further described as “walking on two feet but sometimes running on all-fours.” The witness, now in her seventies, described seeing the creature at a distance of about 70 feet, and said that it “stared at me in a horrible way,” before bounding away.


In the early hours of a winter morning on a stretch of road outside of the Scottish town of Oban. The witness was a mailman on his way to work, who described seeing the creature racing along the road at a very high speed in the opposite direction to that which he was travelling in. The beast totally ignored the shocked driver, who continued on his journey in a highly agitated state, not quite believing what it was that he had just seen. But he was sure on the facts: that at around 3.00 a.m., and for a few brief seconds, he had encountered a tall, man-like figure with wolf-like features hurtling along the road at breakneck speed.


Witness Report: My experience goes back to two years ago in north yorkshire to what only can be described as seeing a werewolf. I'm a logical person, to me they are something from horror films and science fiction and don't exists but after hearing what i heard and then seeing it - I now believe different. I'sve googled ever since to see if anyone has seen anything in that area but never found anything. It's the first time I've posted as obviously posting I've seen a werewolf leaves me open to ridicule. Put it this way I won't camp out on the moors again. I went for a walk outside my motor home and can only describe hearing what was blood curdling howls, exactly as you would imagine from a movie. I heard them to the side of me so decided to walk back to my van then the howls were in front of me, so yes i started to do a fast walk then i saw the shape of something shaggy on two legs it was behind my motor home stood up.

It was about 6ft tall shaggy with glowing red eyes and stood on two legs. It was not a dog, this was far too big . I've had dogs all my life never heard a howl as deep or loud , plus I've never heard my dogs howl like this. There was no one around for miles a pretty remote place no animals , no farm animals. It was exactly as you would imagine from the horror movies but I didn't see it close up instead I legged it as fast as i could. I saw the shape of it from a distance I heard it following me and to the side of me so it moved pretty quick. It was wandering outside my van for a while a good 20 minutes, it sounded like it was underneath. To be honest I sat in there quiet and was too scared to look out the window . No one was playing a prank. In the morning nothing , no evidence. I went to the spot where it would have been stood that where I get the estimate it was 6ft .I had lit a fire earlier outside i'm presuming seeing a fire in the middle of nowhere attracted it. It was foggy , wasn't camping season only me out there in a camper van. no footprints around the van in the morning nothing.


Witness report:I saw something when I was younger here is my story. I was about 19 and me and my GF and my 3 best pals went camping in the Black Mountains in Wales, we went to the local pub had a few and drove back to our campsite in the middle of nowhere in a glade surrounded by woods. Myself and my GF had one tent my pals had another and upon settling down for the night I found out I had no smokes so I made up a tale that someone was outside our tents, one of my brave pals got out of his tent and had a look around and while he was up I asked for a pack of smokes, my pals realised my ruse and entered my tent and duffed me up.

About an hour or so later my GF woke me up saying "someone IS outside" so thinking It was my pals getting me back I shouted out "I know it is one of you" but each one answered from their tent "nope not us" so I grabbed my torch and left the tent. It was pitch black and I heard something make a run for it as I left the tent and scanned the treeline with my torch, as the beam went to the left to right it passed a shadow human shaped but its eyes reflected like a cats but red, I shone my torch at it and saw a humanoid figure run through the woods but on all fours. I screamed and told my mates and GF but they thought I was again taking the micky. I still have this image in my mind and it was a werewolf. He then went on to say 'When my torch first hit the creature It was on two legs but then when my torch went back to it it was on all fours running away through the trees.


The reports are just a very small sample of the many Dogmen reports i have taken or come across on the web, i wonder if some of the Wildman and Dogmen accounts are the same creature, or are reported in a way the witness can make sense of, but they do seem to fall into 4 groups and iv tried to show this with the map icons ie: 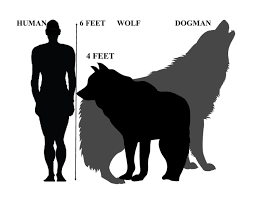 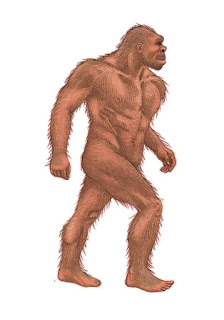 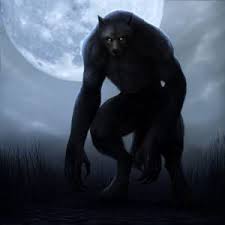 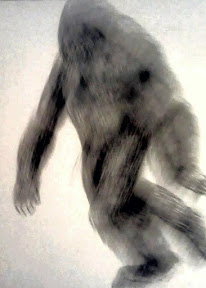 Wolf Like Creature                    ~ Dog or wolf like animal down on all fours at all times, tail present and snout, usually described as wolf like but much larger and stronger 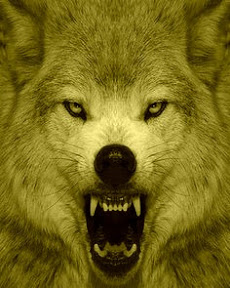 Add into these all the black shuck, boggarts, padfoots and other local and regional names, there is a wealth of accounts of all kinds of earth walkers, some we haven't even heard of yet no doubt, the reports come in all shapes and sizes and covered every county in the UK, over the coming months i hope to share them here for you. 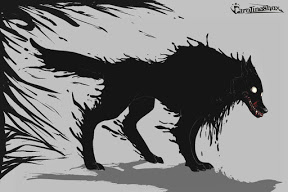 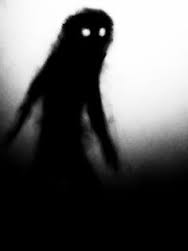