August 11, 2015
This was a report sent into 'British Bigfoot Research' recently. We are holding back the witnesses real name for now. It took place in Haslingden, Lancashire, though we are unsure of the time it happened. Here is the account in the witnesses own words........ When she describes the creature as an in the kitchen/dining area, and nearly as tall as the door frame, we are naturally assuming that she was saying the creature was stood in a back door that led outside into the back garden.

"This a thing I don't tell people. I sound mad but...when I was about 17 I lived in Haslingden in Lancashire. Mum and dad were out and I was on the phone. I was sitting on the phone cabinet and idly looking around the room. I looked towards the kitchen / dining room and there was a person. He (it felt like a he?) looked like Chewbacca I suppose. His head reached only an inch or two from the top of the door frame and he'd sort of poked his head and upper body round the doorway like he was checking who was on the phone. I didn't feel threatened (except of course 'it wasn't supposed to be there!!!!!!). More like he was curious to see who it was. We looked at each other for about five seconds. It's a bloody long time. I don't remember any thing about his eyes, not glowing or red or anything. He was a sort of mousy blonde. Then either he left or I freaked out and looked away. My friend on the phone was panicking because I'd gone silent mid-sentence. I was too scared to tell her what I'd seen but I made her stay on the phone till my parents came home. Dad went into the kitchen when he got in but there was nothing there. I didn't tell any of my family and never saw him again. I've no idea what any of this is. How would something that big get into my house? Maybe this didn't help you at all. By the way it was about 7.45pm (Top of the Pops was on!) and sometime in October. I hadn't been drinking or had any experience at all with drugs. Anyway, hope this helps in some way."

For those who are unaware, Top of the Pops was an old music programme in the UK! This sighting is a first, as it is the first that features one of these creatures actually entering someone's home. This sighting took place just 20 miles from where our team member Debbie Hatswell saw her creature at Buile Hill Park in 1982. 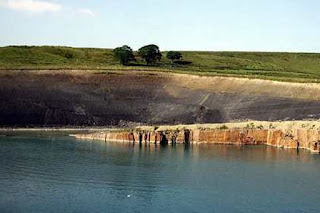 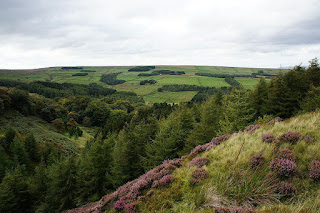