I was contacted today from a witness from the Cantern Brook area of Shropshire, who lived in the area as small child, he explained as children “we would all play in the woods close to home and on a number of occasions my friends (atleast 5) were frightened away while cutting and collecting wood to build dens, they each described the same “creature” and in the witnesses own words”  “a huge grey figure appeared and chased them screaming to the edge of the woods and stood watching them from the edge of the trees”  They are very old woods with the reamains of a saxon mill and large Oak trees, the stream is some 20m drop down. No children will play down there any more due to local tales like this

Having checked the area i can understand why the report came from this area, its right in the corridor of other wildman sightings, small brook that runs into the river severn a vast area of food and shelter resources.


Our researcher will visiting the area to do a follow up investigation and i shall keep you all posted. 8/1/16 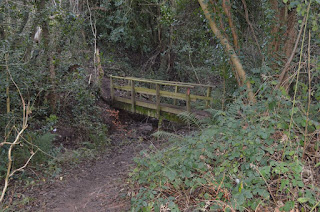 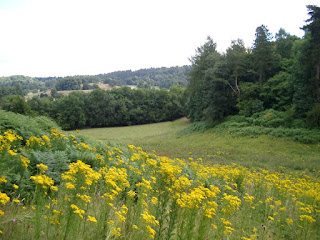 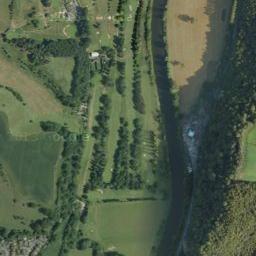 Having received a witness statement about the above woods, I decided to follow up the report and investigate the woods.

Upon meeting the witness I believe him to be very credible. The location and exact area was shown to myself by the witness and the area explored. The woods are very ancient and slope down to a gorge leading to a stream at the bottom. 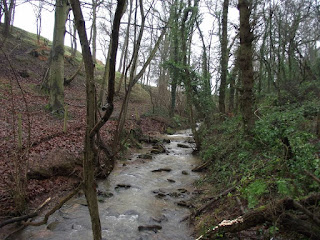 The encounter : - The witnesses friends (5 boys) where gathering wood to build a den when all of a sudden they heard a noise, they looked up and saw a tall, grey figure hurtling down a very steep slope towards the boys. The figure moved at enormous speed and covered the ground with ease. The slope on the other side of the gorge has teps in it which lead out of the gorge into a nearby housing estate. The terrified boys ran as fast as they could up the steps to try and get out of the gorge as quickly as possible away from the grey figure. The grey figure ran half way up the steps chasing the boys, the boys kept running until they got out of the gorge. 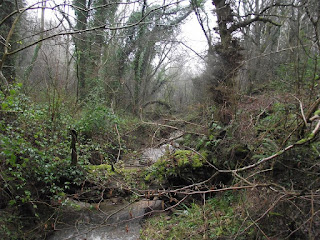 The boys refused to go to the gorge again and to this day they recall this incident.

The gorge is now not used by any local children because of its eerie atmosphere. The witness has stated that at night there are some very strange and unusual sounds heard by the local residents coming from the gorge. The witness has agreed to tape if he can some of these sounds.