January 14, 2016
Witness Account 7/12/2015 :  I have been hiking since 2004 mostly alone and all over Ireland. In December 2015 I was in a very remote and isolated area of the Sperrins. I had walked to three hill tops surrounded by dense forest and was heading back up a hill towards a tree line to my car when I seen something very tall and large moving faster behind me one km away. It was walking heading down the hill towards me on a route I had just taken. I am not easily spooked but I did not hang about as I am of the opinion if it wanted to, it could have caught up with me easy. I have pondered this for a while now but I have not a clue what it was to this day, as I see people on the hills and mountains at various distances. But this was taller than a 6ft person at the distance I seen it. Eight feet plus is my guess. As I didn't have a gun only hiking poles I was not about to wait and find out. My hiking bag now has binoculars added.
I would be interested to know if anyone has encountered anything strange in and around the Sperrins mountain range.   I have my walk recorded on a GPS unit. I walk all year in all weather from good to zero visibility and I am well use to seeing everything appearing out of the mist. But on this walk I had great visibility and I know about the optical illusions and what lone trees can give when walking. I don't know what I seen as I see deer and quad bikes on the mountains regularly along with hikers, dogs and runners depending where I walk. All I can say the "thing" I seen for want of a better word was out in the open following a fence down a hill I had just left in the same direction and it was moving fast and was on two legs and 8 foot plus easy in height. I am not one for seeing things but this was huge and spooked me big time. I am now going to carry a monocular when hiking as it's handy to put in the pocket. Even at my age (middle 50’s) I have only ever seen three badgers in Ireland. So I certainly don't rule anything out in life. As most wild creatures are very cautious and secretive and rarely seen. I would like to see camera traps being set. 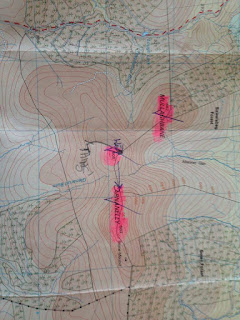 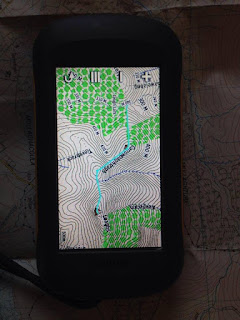 I will send a pic of my route and approx co-ordinates. I know there were camouflaged hunters in the area which I saw and found strange, but when I went hiking they left the area. I did see them with a map out which I thought was highly unusual as local hunters of game know their area and don't carry maps. The area I walk in was wet but no river with some very marshy ground on my first hill near my starting point up past two forests. The hill is known as Carnelly West Top and is 505 metres high. The big thing was coming towards me as I left Carnelly West top and was walking towards Mullaghbane summit. That's all I can tell you. 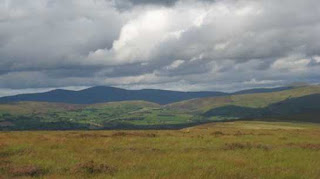