January 08, 2016
Slaley Woods bluff charge July 2015
During a research night at Slaley, we arrived and started to research  at dusk, we were there around an hour with nothing really to report so started to walk back in the direction we had come from, at which point  we heard a noise and I shone a torch in that direction, nothing for a second then all hell broke loose, we had clearly disturbed something with the lights beem and whatever it was started to crash through the dense trees.
It snapped and broke tree limbs throwing them in our direction, we both headed back into the area the crashes were coming from, after it I got about ten foot  a big stick hit the tree I was next to with a bang it had defiantely been thrown at us .


We headed a bit further a bit more cautiously  now we could still hear it snapping brance's just ahead of us, then we heard a grunt and I know my animals and it defiantely wasn't a deer it sounded much bigger and heavier, it stopped us in our tracks we decided to go back. As we were walking  back at the side of us we felt as though something was parallel to us shadowing us out of the wood, but couldn't see anything as it was too dark we got back to the path and left the area a bit shaken but also excited

August We went back to the area a week later to look for evidence where we were bluff charged there was a lot of disturbance but no clear prints as just had heavy rains the day before so we decided to search a different area after a while we decided to walk back to that area as it was getting dark we came round the bend and nipped in to the woods we were about twenty yards in and I just happened to turn around and I saw a dark figure run past it was all black waist to head I could see it fairly well it wasn't clothing and it seem to glide past no up and down movement that humans do when running. We came out quickly I would say ten to fifteen seconds and you could see down the path about 250 yards but nothing was there 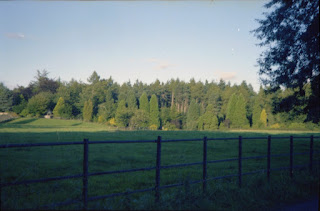 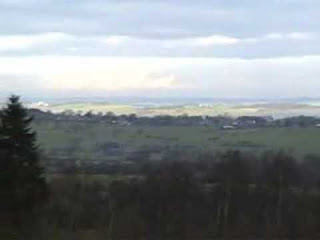 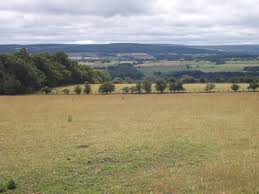