The British Bigfoot What? How? Why? prt 1

For myself and many of the long term researchers we often forget that this subject is new to most people and sometimes the only information to be found are the American research studies and whilst they are brilliant at explaining the ways of the Bigfoot, i think what we have here is a little different.

Although the habits are the same whether in the UK, Russia, Europe or the United States the descriptions here are slightly more human often being described as caveman like and of a shorter stature than the US giants, though the word Man is often followed quickly by Ape or Gorilla an average height here would be around 7ft tall, always described as hair not fur the coat seems to be sparse in some accounts and skin can be visible through it, but i presume like most humans on the earth look different from one to the next, the same can be said of our Forest Folk, that's how i think of them, Bigfoot is an American name that originated in the 1950’s to describe the print left behind not the figure itself, but alas that name has stuck and today it covers a whole host of upright walking hairy hominids. 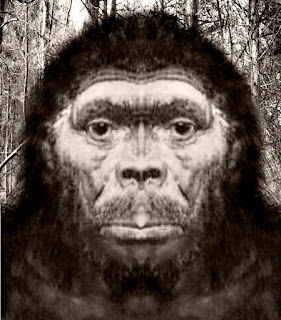 Each country has a story of Upright walking hair covered giants and the UK is no different. It's the study of the UK Wildman that interests me and learning as many of their habits as i can, not in the hope of seeing one or capturing one, merely from an understanding point of view, their ways could benefit us greatly as they and nature seem to be entwined and the planet and its health is so important and we humans could learn a great deal from them, but accepting they are here is a hard enough job for anyone, once you start to look at them in the way you would an unknown tribe things start to become easier.

I know there are many theories on what they are from ape to spiritual being but for the sake of this article we will view them as a race of people that choose to live life in an entirely alien way to us. A brother or cousin of ours that has taken a much more natural path in life and as centuries passed become more and more elusive as we spread farther and farther across the globe.  We stayed in one place and farmed and brought our food closer to us, and engineered it to grow faster and in conditions it would not grow naturally, while they forage on the move always keeping account of what food stuff is where, which rivers have the best fish, the best berry bushes, and an easy quick squirrel dinner on the run is something we would think absurd but it was how we lived once, before we became a sedentary race we would walk miles in a day in pursuit of food, and some days would bring non, we were 100% fitter for it and disease although it happened, it was not in the epidemic way it does now, there are tribes on this earth that can utilise every tree and flower in the woods and fields for a food source or medicine and with a good immune system much stronger than ours that beats off infection much quicker. They are all round fitter and more adapted than us, and yet we seem surprised they live alongside us!!, we are the odd ones out, that need a multitude of gadgets to get throughout the day, whose every whim must be catered to, and want filled. Or life itself is without meaning. In doing so we miss the sun sets and the other gifts mother earth provides, and i feel by connecting with the research also brings the added bonus of getting people out and about and interested in nature in their area.

Over the next few weeks we can look at some of the things we find at every sighting site and in the researcher’s area’s at present. We do know some of the patterns and travel routes now, and aspects of their behaviour and social structure.  And in doing so we hope to bridge the gap between us, the wildman and anyone new who wishes to know more of “them” and the research itself.

If you are interested in getting out close to home or anywhere you have a feel for and you're unsure what to look for, or how to start, i’m always around and willing to help. And there are a whole team of researchers that have far more on the ground experience than I and i hope to bring you a few hints and tips and some of the things they do when out and about and the finds they come across. I think the best advice i can give to a new researchers is, you don't need huge land areas even a small wood could be a stopping off place or have an item of resource important for “them” so find your place and visit a lot, get to know it inside out, over season as some areas are quiet for the most part and suddenly sign appears, if you have a few small areas in mind, alternate your visits, and don't try to sneak in, just be yourself, enjoy the area, and become a regular, that way sooner or later you will be seen as less of a threat and more of a curiosity.