Mr and Mrs crossley were staying at the spa hotel as it was the husbands 70th birthday and they visit the lake district whenever possible. Set in 41/2 acres of wooded grounds and walled garden, just a short stroll from Lake Bassenthwaite and surrounded by nature reserves. The area is popular with hikers and ramblers of all ages and is very scenic. and the river Derwent runs through the grounds.

They had their evening meal around 8pm and as it was still so sunny and warm they decided to walk in the grounds before retiring to their room.  They set off from one of the walled gardens down winding country paths and trails, Mrs Crossley noticed a set of strange marks/imprints in the ground and was puzzled by the shape and depth of the marks and the large claw/nail prints at the end of the toes, almost canine or cat like but measuring larger than the ladies foot (uk6).  Mr Crossley who has had dogs all his life and even raised and trained greyhounds for over 30yrs could not determine what made the print. He describes it as "very deep into the hard ground and with distinct nail/claw impressions at the end of each toe. they decided to take some photographs, as sceptical people they thought somebody would know what had made it. Which led them to me, i have no idea what made the prints and would welcome any ideas on the matter so i could pass the information back to the couple. They were both happy to be named, and dont want anything but an explanation for the marks really.There are reports from the area of large cats and also accounts of british bigfoot/wildman at sale fell and barf fell just to the south along the Derwent River. 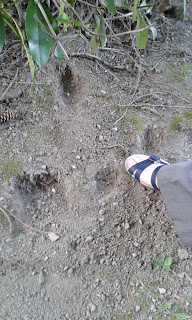 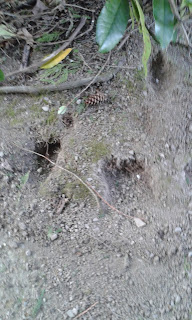 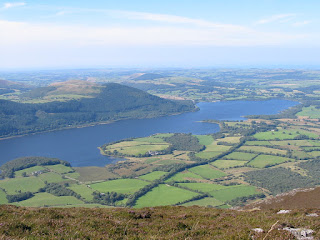 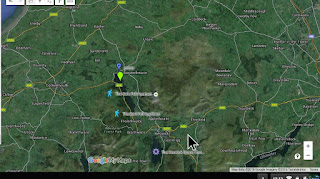