December 07, 2015
Witness Statement:  Before I moved to Doncaster, I was living in a area in Manchester called Blackley. Me and my family would often go for walks embracing the beautiful woodlands and surroundings. Back in 2003 we decided to go for a evening walk in the nearby area of Boggart Hole Clough, an area with an amazing size to it, wildlife,a pond and even streams, but that was only a part of it. We arrived at the location at around 9PM, myself, my mum and an ex partner of hers. As we started to walk along the path, we could hear birds and the common sounds you would expect. But as we made another step, we had stopped dead in our tracks. The sudden feeling of being watched but due to the darkness in Boggart Hole Clough we couldn't see much, apart from the trees that were pretty much in front of us. Next thing we knew a small stone landed centimeters in front of us. As my mum's ex began to proceed to walk towards the pathway, another stone was thrown, and then a third. During this time we felt consistently being watched by somebody or something. It was by the third we knew it was time to go, we left the area.

Boggart Hole Clough is a large urban park in Blackley, a district of Manchester, England. It occupies an area of approximately 76 hectares, part of an ancient woodland, with picturesque cloughs varying from steep ravines to sloping gullies. There are many paranormal stories of howls and growls, flittling shadowy figures and ofcourse the boggat the cloughs were named for.


THE LEGEND OF BOGGART HOLE CLOUGH

Come listen to this merry tale of honest Farmer Bell
Who lived in an old farmhouse top of Moston Dell.
He was a farmer bold, I ween, who ever gripped a flail,
He had cows and horses, pigs and sheep, cheese and nut brown ale.
For years and years, time out of mind, a quaint mischievous elf
Made the ancient farmhouse his and there had lodged himself.
He ate the butter, drank the milk and sucked the new laid eggs,
The milk pails up the chimney put and cracked the table legs.
The farmer’s shoes he filled with sand, often hath been said,
Put spiders in the buttermilk and cinders in the bread.
Now Farmer Bell he knew fine well, though goodness knew why,
The Boggart bore a grudge and drove him mad well nigh.
The doors they slammed, the timbers creaked, the very house did shake
And pots and pans flew round his head and on the floor did break.
Was more than flesh and blood could stand and so thought Farmer Bell,
I’ll flit this haunted house I will and somewhere else will dwell.
I’ve stood it long enough I have, it matters not a whit,
Needs must when Boggarts hold the reins, I’ll pack my things and flit.
I am a farmer bold and I will cheat this cunning elf,
I’ll keep the secret of my plan and leave him to himself.
One morning Farmer Bell put all the things upon the cart,
He locked the door and took the reins and whispered, let us start,
We’ll leave this Boggart here alone without more ado!
Th’art wrong! a voice called from the churn, I am flitten with you too!
Thou art not, the farmer cried and turning to his men
Said, get those things off the cart and in the house again.

Twas but to rid myself of thee, poor Farmer Bell did sigh,
What can’t be cured must be endured so here I’ll live and die!
Poor Farmer Bell he passed away when he’d lived long enough
And now the place where he did dwell is called Boggart Hole Clough. 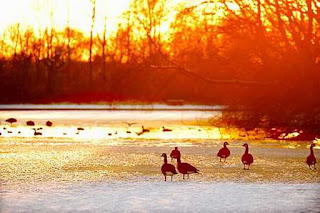 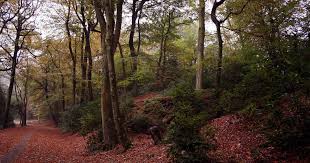 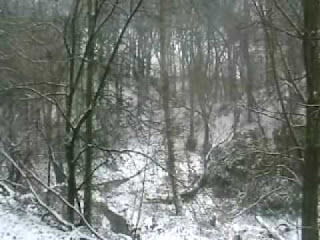