December 18, 2015
Pluckley is known for its screams and wails.

Witness Statement :It was summer 2012 and i had been interested in Bigfoot for some time now, so i thought id look for an area close to me, i set off to the woods at Dering most people call it Pluckley but its between Pluckley and Smarden.   The weather was foggy so a little spooky and had only recently made the connection between the Screaming Woods of pluckley and possible Bigfoot activity.  I remember that some of our Bigfoot reports get lost to paranormal groups as ghost activity or demons, and there had never been a Bigfoot investigation there with that focus in mind, so i figured i had nothing to lose and set off. I went there to try wood knocking and call sounding (i.e. me screaming and whooping out loud a lot lol). I knocked a number of times and to my surprise i was answered, From the wood knocking I definitely got replies, at least 2-3.  From the call sounding I may have got a reply, but it could also have been another person screaming back for a joke. It didn't sound like a person but i couldn't be sure, so i marked it down to human interference.

I should add i went with my mother and on the way in she was certain she heard a low growling grunting off in the trees. I didn't hear the grunting myself, but my mother said she heard it more the deeper we went in.  I've gone back with cameras and recording equipment, the second time I got wood knocks again (but too faint to be picked up), the third time nothing.

Pluckley Woods is well known for its deathly screams and howls, strange accounts of screams have been reported by numerous witnesses over the years. A forested area just outside the village, Pluckley Woods is said to be rife with the screams of long dead men and women who became lost in the sea of trees.https://youtu.be/vqdjV1mxC_g 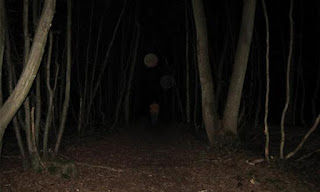 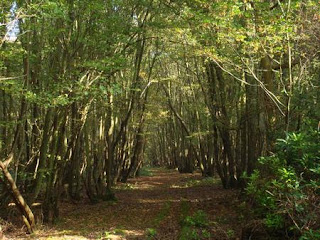