The Road to cults Bigfoot

July 18, 2016
This is a sighting from our map, and it took place in 1970. The report came to British Bigfoot Research in 2015. This is the account in the eyewitness's own words:
"About 45 years ago I was with my then-girlfriend, parked on a forestry road at the junction of Langdykes Brae, Porters Brae and the road to Cults. This junction is about 1-5 miles from Kenoway in Fife. I was parked about 300 yards up the Torloisk forestry road and the trees to the left of me had been cut down for about 50 yards into the forest and stacked up at the side of the forestry road. There was a full moon and you could see right across the clearing to the standing trees and my then-girlfriend said she saw something moving in the clearance, to which I said it would be a fox or deer. After a while I fell asleep until my girlfriend shook me awake and said there was something moving behind the stacked trees next to the car. I wound the window down and banged on the door but the creature never moved. I then jumped into the drivers seat and reversed the car so the head lights shone in the direction of this creature. To my shock and amazement the creature stood up straight and for only a second or two and I could see it stood around 8 feet tall and had a white/grey chest and face and the rest of its body was black. It then took off in the direction of the forest and as we sat there trying to think what it could be it started throwing sticks at the car which you could hear crashing through a line of young beech trees near the car. I went back next day with my brother to look for tracks but it had been raining and we found nothing. I later asked a man I know who has worked all his life in these forests but he had never come across any thing like what I saw.". 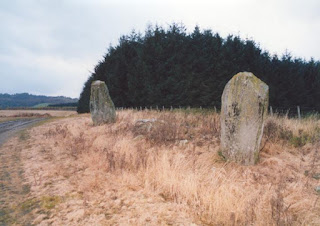 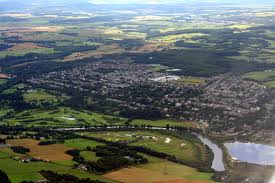 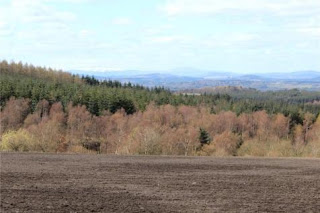