The Skulking Creature of Tatton 2015

July 09, 2016
Hi i would like to report an incident, that up until now i have only told to family.  But here goes...
I was on my way to Northwich in Cheshire last spring when my land rover broke down, we were in countryside next to a large stately home I used to work for called Tatton Estates.

Just me and my dog in the car and we had to wait on this country road between to woods for the rescue truck, well the sun went down and l turned my lights on so any other traffic could see the car (no street lights) it began to rain and my dog kept looking out into the woods to our left. He was whining but we had been in the car now two hours so l put it down to that, just then a thing (i have no clue what it was) crossed the road right at the edge of the trucks light, l could only just see it crawl like it was on its belly, across the road and over into the woods on the other side, it was fur covered, light Brown or just Brown but as it was so dark and l could only just see it, I assume it was lighter. My mind said what the hell am l looking at...? I think it was a lynx or large cat of some kind.


For another hour l racked my brains trying to place this creature? . It crawled like a soldier on its belly, i can't remember seeing a tail and it was big, at least as big as a man. That park is full of deer and pheasant.  I'm not sure to this day what l saw.

It moved like a skulking cat but the size was to large and its belly must have been touching the ground. My lights at this point were getting dim , the battery was drained so it was not clear. It was very fast, not slow like a person but it had arms and legs so that's why l said crawled like a man. But after thinking l did go down the big cat route because what else could it have been?  I did a sketch that l can't find at the moment, the sketch was of a Sasquatch crawling on its belly and I remember thinking it looked like what I had seen. Could we have hominids in the UK..? Is that possible? I myself doubt it was a man, but some other creature, not known to me. And to this day im still unsure as to what i saw.

A large number of the uk sightings come in as reports of a creature the person can not name, we don’t have the stories and tales of wildmen and bigfoot’s here in the uk, no bears or wolves, only the odd large cat sighting, that nobody will admit live quite happily here, so the first thing people usually say is cat or monkey, then as you ask them to describe the body shapes and movements of the “thing” that they witnessed, its then we hear of arms and legs, no tail, almost human like, as large or larger than a human. A description that to me says Wildman.  In the above sighting the fact the “creature” belly crawled across the road, seems a very human action to me, This sighting fits in ideally with the Cheshire travel route that crosses central England.

Tatton Park is a historic tudor estate set in the north west of england, with its old tudor mansion and deer park it is a beautiful part of the english countryside, with nature reserves close to all sides. 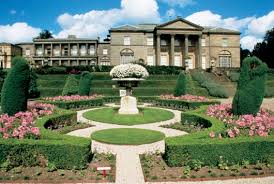 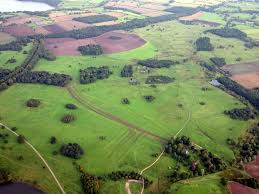 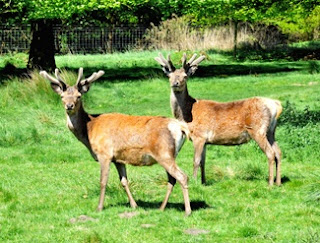 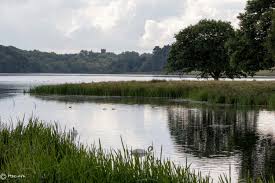