Has the Salford Wildman Returned July 2016

August 31, 2016
Witness Account: I came across your blog while looking for the Finding Bigfoot website or somewhere i could report this too, and thought you would want to hear about the strange beast my husband saw last month, on the 16th July 2016. He was golfing at the Ellesmere golf course in Worsley.  While doing the round he was on the side of the course where the trees separate the course from the east Lancashire road.  While he and his friend were playing, they noticed something walking along the edge of the treeline. They thought it was another golfer but after about ten minutes they became aware that this thing was walking with them, and they got the impression that it was stalking them. They looked closer and saw that it was very tall, about 7 feet. It was hairy all over the body and was human shaped. They said it had a barrelled chest and was very large with a odd shaped head. It looked like a human but wider and with hair covering it. The way it leaned forward they felt that it was either very old or in some sort of pain and had an affliction. As they looked at it, they heard it making a muttering sound like something chattering, like an ape. My husband stepped forward and it took a step back. When it did the muttering stopped. My husband's friend walked towards it and it started to sway from side to side, and they got the impression it was getting agitated. It clapped its hands very loudly and started making grunting sounds. My husband noticed its hands were very big, almost too big for its arms, he described the arms and hands almost like bedpans in comparison to size. He said it then started moving its hands, a little like sign language. Then suddenly they heard a loud wailing coming from another part of the trees and at that the creature turned and ran away, still making this odd grunting sound. I don't expect you to believe this story but I swear it is true. My husband didn't want to report it but I heard that Finding Bigfoot came to England so thought they may want to come here to see the spot where it happened. But I found this blog and all the similar sightings so thought I would contact you. Maybe you can shed some light on what he saw?

My husband and his friends are very down to earth rational men, But john was as white as a sheet when he came home, he has played gold round these parts  for years and years, so to see this was just shocking, he was so shaken up i thought at first he had come across some trouble or mither from someone,, when he explained what had happened i believed everything he said, i had to make him a sweet drink of tea to calm him down.    Thank you John and Jade Lewis for this account.

This sighting is of great interest to me, as the encounter i had as a child was less than 3 miles as the crow flies from my experience at Buile Hill, i know this as i ran the entire way home that day. Through the parks and along the bankings ( local word to describe the wildlife/walkways that run the entire length from Little Hulton down to Worsley Woods and beyond) across another of the golfcourses and across the Dell, home. A second witness came forward in 2014 with this account:

Name: Brenda  ****Email Address: on fileState: LancashireCounty: LANCASHIRE IN THE UKDate of Sighting: JAN 1984Time of Day: Early evening about 5pmNearest Town: SalfordLength of Sighting: 30 secondsHow many Witnesses: just myselfAny Photos/Videos: noDescribe sighting in detail:I recently read your article with a lady named Deborah, who saw the yeti bigfoot in Buile park in Salford and I wanted to get in touch because I saw the same thing in 1984 when I was 30 years old.I was walking my dog there and it was freezing cold and I was having a cigarette. It was dark at that time of year at 5pm and I thought I was alone in the park as it is usually shut then but this particular night it was open. I was smoking when movement to my left caught my eye.There was nearby light and I saw this tall thing there. It looked about 6 foot tall and was quite podgy. It had a bit of a belly on it. What got me right away was that it was bare feet. It was then that I noticed it was nude. It had no clothing but it had hair all over the body.Thats when I thought it must have been someone playing silly beggars but this thing just stood there. I saw it had male genitalia and that was when I became worried. I thought it might attack me.It stood there staring for about 20 seconds and then it turned very quickly and ran off into the trees. I quickly left the park and returned home and told my then boyfriend and his brother but he laughed and said I must have seen the local perv trying to pick up a prostitute.I will never forget that thing. I did not know anything about Bigfoot and stuff but thats what it must have been, and to learn someone else saw it in the same trees was startling. I would never forget it.It looked like a chimp but with the body shape of a man. It couldn't have been a monkey because it was too tall and it was like a caveman from the dinosaur days.It had a piggy type of nose and large black eyes. It was full of brown hair and it had a human's face but it was also like a chimps. Hard to explain.I would like my email kept secret from the public as I don't want hate mail but thought i would get in touch because that lady saw the same thing in the park as me. Thanks from Brenda.- End Report -

Salford is not the sort of town for myths and fables, legends and tales, it’s a hard working class town, where you get your head down, do your bit, be nice to your neighbours, in the way of most small British towns. What people fail to realise as you reach the outskirts of the built up area, there are miles and miles of fields and golfcourses, Clifton Country Park and Drinkwater Park and the Irwell Valley lead up to the Pennines, and the forest of Bowland.

For such a small area we now have four wildman encounters in a 3 mile area spanning decades.  Thomas’s account in the early 1970’s myself in 1982, Brenda in 1984  and now John and his friends in 2016.  Something is out there, and people are seeing and reporting it.  I for one will continue to look and research in the hopes of one day putting this puzzle to bed. 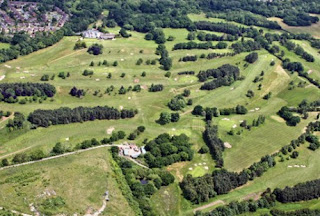 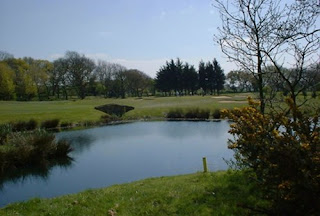 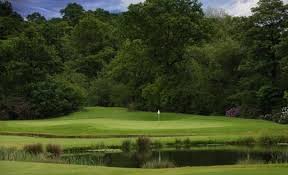 The Bankings or National route 55 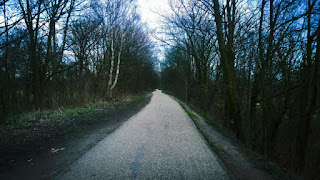 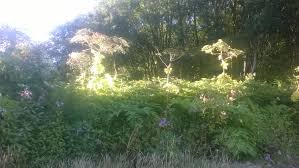 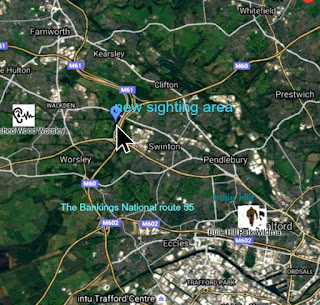