February 16, 2016
Eyewitnesses claim to have spotted a 14 foot snake lurking in undergrowth - and paranormal investigator Nick Redfern believes it’s more than a monster mutant and may have links with the Loch Ness Monster.
May 2009 :a rambler contacted The Post - which has also brought you accounts of panthers and even a Bigfoot type creature on the Chase - to say he’d spotted a python-sized creature near the German Cemetery. He described the creature as brightly coloured with a powerful head.
It’s not the first time walkers have been startled by a reptile more than three times the size of resident adders and grass snakes. In March, 2006, the Birmingham Post carried reports of a 14 foot snake moving through bracken near Birches Valley. The report stated: “The beast had a powerful head and colouring that stood out sharply against the greens and blues of the bracken.”
Mr Norman Dodd had an even more bizarre encounter in the scorching hot summer of 1976. In a later interview with Nick Redfern, Mr Dodd said he spotted the super-snake in a small Slitting Mill pool. “It was a bloody stifling day. I remember swigging something to drink and having a bite when there was something moving on the bank.”
He was stunned to see a seven foot long creature surface from the water and then bask on the fringes of the pool. “It sort of wriggled. It was like its whole body seemed to sort of shake and wobble as it moved.
“I know it saw me - or saw the car, definitely – because it looked right in this direction and then went back to what it was up to, just laying there.”
Redfern, on his ‘super serpent’ blog, said: “Dodd’s eye-opening report was one of those that almost sounded too good to be true - and yet the wholly independent story of a giant snake seen in the Cannock Chase woods in early 2006 suggested to me that such Loch Ness Monster-like beasts were indeed on the loose in the area – and, perhaps, they still are…
However, there are two more rational explanations. Pythons, a popular pet, have been known to be dumped by unthinking pet owners. They can grow to a huge length, but would not last long in our climate.
Also, grass snakes grow to quite a length - though nothing like the size of the super serpent recorded. 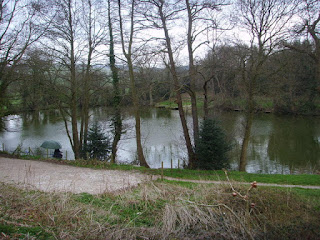 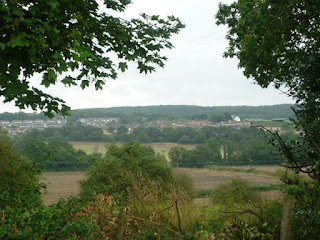 As we have discussed in this blog before, there are many strange accounts of all kinds of creatures on the chase, slitting mill and rugeley seem to be some kind of hot bed for reports, that still come in even to this day.