The Pig/man of Pye Green Staffordshire 2004

February 20, 2016
I was contacted today by a gentleman who lives in the Walsall area concerning a sighing of the pig-man that dates back to 2006. It's an interesting story I'm sure you'd all like to hear. For that reason, I have chosen to publish it unedited here today.

Please feel free to comment or get in touch if you have questions or similar sightings to report. The man concerned will see this blog post and most likely answer any comments you might make. I found this to be a rather compelling story, and I'm certain you will too.

See you on the other side

Oh yeah..... this guy's also seen some UFOs on Cannock Chase, but I'll let him fill you in on that.

It was about 2004, three of us decided to camp on Cannock Chase. Myself another lad and a lady. We decided to bike there, the lady overestimating her ability. Took us hours to get there. When we arrived it was dark and we forgot the torches. We were by the big communication tower at Pye Green. We say three flashing lights above some trees on a path called dead mans walk. We agreed to set up tents there so we had light. So we did. From exhaustion from a 6hr bike ride we all just fell to sleep. When we woke up we questioned these 3 flashing lights as there was nothing electrical around. Nothing else strange happened we went home having a good time.
We new that was a UFO. Not saying aliens but defiantly never seen any thing like it before. So we told quite a few people, and went back on many occasions spanning around 2 years, to see if we could find anything else. We saw nothing.
We camped there one Friday night rough around 2006. Just a sheet in the trees. Prob about 5 of us. I had a lift there by one of my mates. They all had work Saturday so planned to go back early. Friday night we were quit close to the road. We had a fire burning for warmth and light. The police pulled up and told us to put it out. Me being me I told them no. They got in there cars and drove off. Which I thought was strange, that's never happened to me before. So next day the lads went to work. They were planning to come back and camp the night again after work. I decided to stay on my own. Move all stuff deeper into the forest, as not to attract police attention again. I was there 5hrs on my own. I sent up 3 tents put sheets in the trees, built a surround to stop the wind, got all the fire wood ready, it was a master piece. 2 of my friends came for me and said no one was up for stopping the night. I was pi**ed off. All that stuff was mine. Around £600 worth. And I was to just leave it in a forest unattended. Wasn't happy.

I'm not easily frightened. I spent 5hrs alone in that forest that day with no fear. I had an eighteen inch razor sharp machete. I know sounds a bit sinister but we are all responsible adults that were there. And you never know when you might need one.

So that night I rang every one I knew to get to come back with me so my stuff wasn't left. No one wanted to. So I decided I'm doing it. I'm gonna camp there on my own. I got a book i was reading and of I went. I pulled up in my car where we had originally seen the UFO. I walked casually across the road. There was a tall bush you had to walk through to get on the path. I suddenly clicked and said to myself. Your on your own now, be a bit more wise and cautious. So I stopped in the center of this large bush and light a fag. I listened and heard movement. I slowly and quietly moved out of the bush and round expecting to see a big deer. In stead about 200 yards away from me(I was looking down a hill) I saw a white figure on all fours, looked like it was sniffing the ground, as a dog would if you were walking down a street covers in lamp posts. First I thought its the warden. He's found the stuff and is looking for us with his dog. But the sound it was making sounded more like a pig sniffing. So I thought it was a large boar. Was the right colour to be a pig. I watched it for about 30 seconds trying to determine it. Then it stopped dead, didn't move. I knew it now knew I was there. I froze, took hold of my machete and waited. Then this thing stood up on it's back legs. It was massive. I'm 6'3 this thing was at least 7ft tall. And it ran at me at speed up the hill, like a person would run. Squalling like a banshee you would hear on a horror film crossed with a pig. I ran like a b**ch got in my car and drove off without looking back. Iv never been so scared in my life. I have been back since, but never on my own.

The funny thing iv never heard of any one knowing or any other proof of it till last year. Can't believe I'm not the only one to see, this. Typical I see something after 2 years of trying when I was on my own. I have proof of the lights in the trees. I have 2 other eye witnesses to that. I have no proof of the pig man other than believe me or not.

One other thing I missed about the first time was, as we were riding our bikes towards the lights each of us felt a massive drop in temperature. Only way to describe it would be to walk into a big meat freeze, instantly ,extremely cold.

As you can see, that's a pretty amazing story that sounds spooky as hell. We all know the story of the Cannock Chase pig-man and how he allegedly came into being, but reading yet another detailed sighting report from a local resident still chills us to the bone. 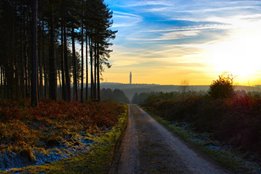 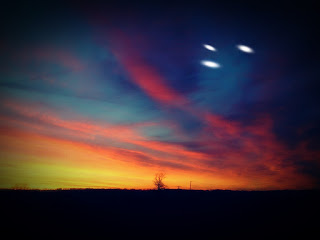 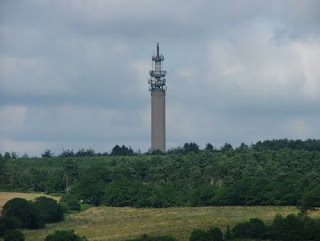