Cave Ha can be reached from the layby on the right just before the road from Settle joins the A65 bypass.It is a huge and spectacular rock shelter and both animal and human remains have been found there. Hollowed out of a massive cliff of Great Scar limestone, it is probably one half of what was once a great cave chamber fed by a waterfall from above - the other half having been cut back by erosion of the scar, lying as it does as an exposure of the South Craven Fault. No-one knows how the shelter acquired its unusual name, though plenty of early writers were interested in it.

As with many caves and shelters, a massive amount of material has been dug out of Cave Ha, such as brooches, needles and other everyday items, but the most interesting of all was a mixture of human bones, which can be found today in Craven Museum, Skipton. The bones had been smashed before storage to access the marrow inside - indicating cannibalism or sacred rituals on the site. The bones are estimated to be5600 years old.

For many years it’s been a place of fear, and reports of strange voices and cries can often be heard.

However, it’s not only the ghosts you need to be afraid of! Local legend has it that there is a bogard who roams around the area and is often seen moving around near the cave entrance.

The recorded folklore of Boggarts is remarkably varied as to their appearance and size. Many are described as relatively human-like in form, though usually uncouth, very ugly and often with bestial features. 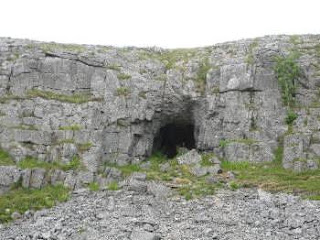 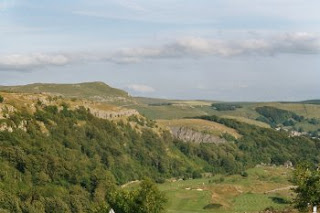 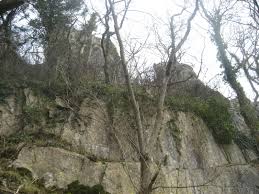