The Ginger Creature of Beckermet 1998

March 14, 2016
Cumbria 1998 - The Beckermet area of Cumbria was apparently the location of an intriguing incident in January 1998. According to a letter to the editor published in the Whitehaven News of March of that year: It was about 5.00 p.m. and starting to get dark so my visibility was not that good, but as I walked past the woods I heard the snapping of branches. Thinking it was an animal, I stopped to try and see it. Looking through the trees I noticed a large creature covered in a sort of ginger brown hair that seemed to be drinking from a pond about 150 meters into the woods.

As the lighting was getting bad I was straining to make out what it was, but as I stopped and stared, it appeared to notice me. At this point it reared up onto its hind legs and made off slowly further into the woods. I would estimate its height when upright to be around six feet six inches
.

This was not a man as it was naked except for its covering of hair. Also it was not a dear as it made off on its hind legs.  After the sighting I rushed to my home in Beckermet and told my wife what I had witnessed. Let me assure you that this is not a hoax. I was going to report the incident to the police but my wife persuaded me not to for fear of ridicule. I have lived in Beckermet for seven years and walk past these woods almost every day and have never witnessed anything like it before or since.

The Beckermet area of Cumbria is surrounded by woodlands and vast resources, this sighting took place very close to the abandoned Beckermet mine. 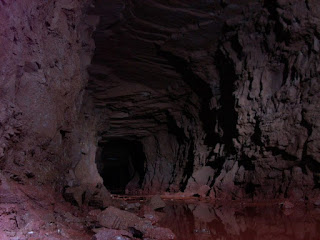 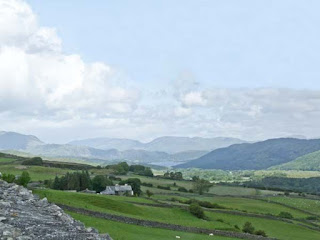 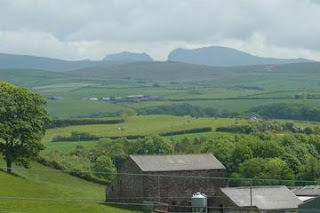