This happened in the woods just to the south east of the village. The other day I was walking my dog when I came upon a clearing with a number of hut-like structures, (I couldn’t get close up to them because of a barbed wire fence and didn’t have my phone to take pictures, though I might do this soon).  On the way out I heard a very clear wood knock coming from deeper in (though not from where the structures were).  About 20 minutes later I heard a weird mumbling coming from the same area (freaked me out enough that I got the hell out of there and haven’t been back since).

The second weird event happened the other night when me and my mother were sat out in our garden by a fire.  Coming from the direction of the same forest we heard screaming that sounded almost identical to this: youtube.com/watch?v=N_wAz5T4Udg.  I’ve lived my whole life in the countryside, so i know what a fox or owl sounds like, and I’ve never heard something like this before


In terms of habitat, there’s a lot of woodland around here, some of it almost a mile deep in places. There’s also a deer population and the river Stour for water and fish.

There are 4 other accounts of strange howls and a figure sighted in an area of just 9 miles square, something is being heard by the people of Kent 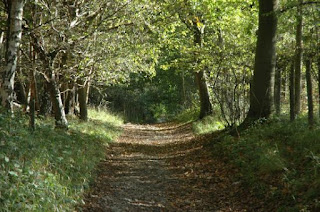 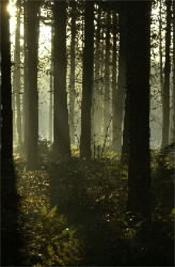 The more people like Edward report these strange accounts the easier it will be to come forward and report, It is still a new phenomena here in the Uk, so anyone willing to visit the woods and report their finding is still rare, there is a lot of ridicule associated with Wildman research and breaking through that is getting easier and easier as the reports flow in.