This sighting, of a set of strange eyes, came to us via the Mysterious Britain website. It features two fellows, Liam and Carl, and their strange encounter during drive after a night out. It happened in Ebchester, County Durham, in October 2009. Here is the account in the words of witness, Liam:
“Well, Basically a friend and I were leaving the pub but not quite ready to hit the hay.So we jump in my car and go for a little adventure and decide to go down a road we've always wondered about. It’s 1 in the morning so it’s full beams all the way until we come to these 2 isolated abandoned houses and then my buddy (Carl) shouts for me to stop and all he does is just gaze at this old doorway.Around 7 feet off the ground are 2 eyes, unmistakable by the way they were set. Anyway the fear hit us like a tonne of bricks travelling at 1000 mph!I turn the car slightly so the beams hit the door and this figure just shot off like nothing ever known, its reaction was so fast I promise you. Carl being drunk decides to get out the car and approaches the doorway, so I pull the car forward to face the door so if anything happened I could put the car between Carl and whatever this thing was. Carl starts to walkthrough the door and I try to whisper to him ''Come back now!!!''..... He's in for about 10 seconds and he explodes through the doorway, dives on the bonnet and blasts into the car.He's screaming and stuttering ''there's half a fucking sheep Liam!!! there's something on the field running at the house!!! GO!!!!''Wasting no time I started reversing like there was nothing stopping me, turned the car around and he was NOT kidding, something was after us. I own an imported Celica GT and I didn't care if I damaged it, I was mounting 3 feet up the banks and verges trying to turn it round and get away.Since then I’ve researched everyday, and 5 months later I take my partner down in broad daylight and she just knew it wasn't a safe thing, she absolutely flipped, making me turn the car around before we were anywhere near the houses.If I can get any info or enlightenment I would (be) ever so appreciative, Thanks, Liam.
‘Mysterious Britain’ categorises this as a ‘werewolf’ encounter, but we are not quite sure why. Unfortunately the witness Liam did not describe in detail what was actually chasing them. Without this it is impossible to say exactly what we are dealing with here, but what we can say is that it fits in with our sightings record because these eyes were seen seven feet off the ground. Could this be a British Bigfoot? Possibly.... 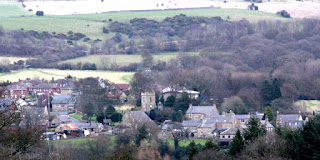 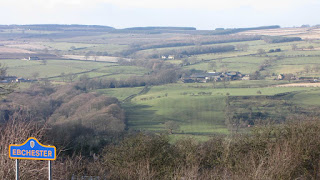 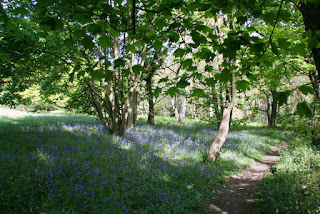