Can I Get a Whoop Whoop!! British Bigfoot?

August 19, 2017
There are many reports on the map of Whooping noises and unseen animals that have emitted a Whooping noise when disturbed.  I have included just a couple of reports where the witnesses in question, heard a distinct ape type Whooping.  Both witnesses described the noise as "primate like" loud whooping calls that travelled along way and neither could pin point the origin of the sound? 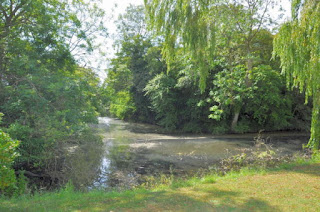 I have worked in woods as a wood's man for years, though not now, anyway back then I was working it was a  Friday and the job that day was to cut a ride, or path and coppice the trees. I had gone up through the woods just working as normal, and a feeling came over me very strongly that I wasn't alone. Now I am 20 stone and pretty fearless but I just lost it, and I cant explain why ?Something came over me and I just totally lost my nerves, I decided to head out of the woods and headed for the clearing, as I went along I heard as plain as day a monkey go whoop whoop. I turned to look In the direction the noise came from and as I did I heard an almighty crashing and saw clearly a two legged thing hurtling along really fast. What I saw was something about 80 feet away go across a trail at speed, it used it's long arms to knock aside the trees, and was just barging through making a hell of a racket?  All I can say is it was just like a chimp in colour but more like a gorilla in build. but the general shape of man, I just couldn't work out, what it could be? I would estimate it to be somewhere in the range of  5'7" 5'8" in height, broad across the chest and shoulders, and with arms at least a third longer than mine.   This thing moved like we move, fluid, not bow legged like a chimp.  I still have no idea what i saw. No clue, just a dark upright cross between a monkey and a human moving at speed across the path.
Even now after this time I still feel very confused, I believe in Bigfoot and Woodwoose and Shug monkeys' of myth, but seeing one is very surreal, its like I was watching it play out in front of me as if i was watching it on a film,  but it was real right in front well to my right of me. I cant describe the feeling of seeing one i am very confused. 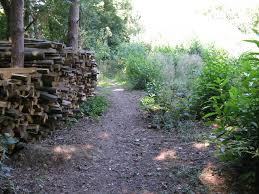 Tilmanstone Whoops sept 2015.  Reported by a witness whilst working in the area.

Today while I was working, I'm a carpet fitter and I had a job out in the sticks, i was back and forth unloading things for the job and as I was unloading some underlay from my van I heard about4 vocalisations. Really hard to explain and totally unexpected.  Now the best way I can describe these sounds were like a whooping noise, single whoops one at a time after each other, but they sounded like the sort of whoop sound you would hear in a jungle or in a film. they did sound primate of some kind.  I checked when i got home and the nearest zoo is 25 miles away from where i was working, I wouldn't think a whoop could travel that far but I might be wrong.  I've never heard these noises before and it was enough for me to stop in my tracks. I was in the Tilmanstone area of Kent which is an old mining village near the Dover Sandwich area .It sounded close but not close at the same time i don't really know how to explain it at all. Its wasn't a bird and I know it wasn't a fox or anything. To be honest as I was in work mode, working almost on automatic pilot, and it shook me out of it, the whoop was that strange and that's why it stood out so much,  I could tell it was nothing I heard before, and it was definitely like a primate type of whoop it sounded like a very haunting sound it sort of hung in the air but it wouldn't sounded out of place in a jungle type environment. I just don't know what to tell you, its all very hard one to explain.