What is wandering our woodlands? Is a Big Cat Stalking the Welsh Hills.

August 25, 2017
I was contacted earlier in the month by two gentlemen, on different hikes that had some very strange things happen to them, whilst out enjoying the countryside,  now i must stress neither of the gentlemen, made any claims what so ever, they just reported things to me exactly how they happened on the day in question. And i leave it to you, to make up your own mind on what happened to the gentlemen, i feel these accounts fit in well with other strange creature sighting in and around the two areas, and as we have had 5 large cat sightings hit the media this week,  and a number of British Bigfoot reports this last month alone. i was wondering if either of these gentlemen, came very close to one of the large number of Large cats sighted every day in the UK.   Or did they stumble into something else entirely? 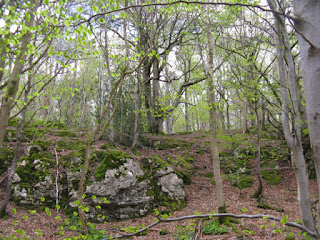 Witness Statement: I had an interesting trip to Askew woods N.Wales last night with my son and the dogs. Our intention was to stay till morning and we had made camp and we were sitting quietly enjoying the night,  it was a perfectly still night, great for listening for movements or anything moving around, you can hear the night sounds around you, all still and silent.  But as it grew darker, we started to hear a strange growling noise that kept happening over and over, at one point the dogs were so spooked they jumped up and started barking and ran in the general direction of the noises. This continued for next hour by which time it was 23.00hrs and we decided to break camp and go home. We were both a bit spooked to be honest and realised we probably were not going to get any sleep. Just as we were leaving we heard the growling really close by behind us.

I did notice when we had set up camp, a few structures and tree leans scattered around, and i remember thinking "that was odd" as they did not seem weather related? The most unusual was the "shelter structure" I have studied bushcraft/survival for 30+ years and that is not a typical shelter, the key thing that stood out to me is the big limb running across the picture, it has been cut with a chainsaw BUT! There is no way it would have fallen and landed the way it has, which means someone or something extremely strong has lifted and placed it where it was. I chose this area because it is only a couple of miles away from Llangollen/ Horseshoe pass area and Llangollen bear sightings.
I am planning a return trip to check area for prints etc.  If anyone is interested in joining me please contact Deborah and she can pass your information along……. 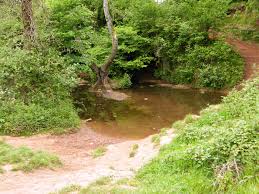 Witness Statement: Something happened today whilst out on my adventures. I was exploring a new bit of woodland by myself when i stumbled upon a stick structure, it stood out to me as unusual and out of place, so i wanted to photograph it for my own curiostity. So i started to take photos and as always happens in this situation, my phone dies on 40%.  At this point i'm looking at this strange structure and i locate a grey hair,  but there were no recent tracks to and fro, no signs of use
So i carry on adventuring and i start to get the feeling of being watched, it feels as if something not to far off is watching me, i can sense it, but cant see anything anywhere.  Then i  hear what possibly could have been chattering and the tapping of rocks. I turn around and see something watching me and it moves away off into the bushes and ground cover.  It was behind these bushes and i thought it looked around the size of a large dog.  It was bigger than a fox, and in colour it was browny/orangey, and it was moving on all fours. I'm unsure why? But i to started to move towards it, all the time hoping it's a dog walker and on a path. But no! no one was deep in the woods with me, no path to walk the dog anywhere in sight.  Whatever it was, it was in the brush about 3 feet away from me. 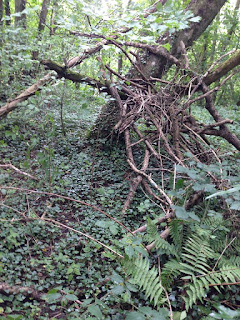 I'm so spooked at this point i back up and start to make my way out and back home. I then stumbled upon an amazing find.  Sticks somehow merged into each other making archways, with loads of stick strictures. I honestly don't know how anyone would do that.. very weird. It felt strange and i was gripping my knife at one point telling them "i see you" "I know your hiding in there", in the hopes it was a person and they would suddenly jump up and the joke would be over, but that never happened. So i made for home as quick as i could.  I'm still puzzled as to what that animal was?

Rock clacks and structures, strange growls and hidden creatures in the shadows, It sounds like maybe something is stalking the Welsh Hillside. What? well for now we do not know. But im sure over time, as people move through the area, and it becomes easier to reports these strange experiences, we may get some hints and clues over time, that just iht answer that question for us.

Understanding is the Key!!!