Where to look for sign, North West of Cannock Chase

It seems from time to time, we have to check ourselves and realise we may of been a little rash, or hypocritical when giving advice, well i for one must admit, i have said on a number of occasions, “i wouldnt research on the chase” and in my next breath i say “trust your gut and ignore all other advice”  Well i can't have it both ways, so i decided the best thing i could do was to look at the Cannock Chase Sighting Accounts and see if i could find some areas just a little ways out, that would make for good areas to visit to look for sign.


To the North West of Cannock Chase is the small town of Childs Ercall, and it was reported to Nick Redfern that a lady living in the town had experienced something very strange in her teens.
Child's Ercall Manbeast 1971: 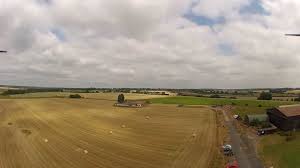 So the story went, it was back in 1971 and Janice the witness, was fifteen at the time and living in a nearby village. Janice was happily riding her bicycle back home when she was shocked to see a large, hairy animal dash across the road directly in front of her, while simultaneously glaring at her in a menacing fashion as it did so. Eileen Gallagher recalled that Janice had told her that the animal was human-like in shape, was covered in long flowing dark hair, possessed a pair of bright yellow eyes that “twinkled,” and had a black-skinned and “shiny” face.


The Woodseaves Staff Upright Bear 1943:  This Account was reported to Nick Redfern and is in his book Man Monkey:
Nick was contacted by a man, who, in a lunchtime telephone-call, briefly told him, how he had personally heard of an encounter with a strange creature at the height of the Second World War. 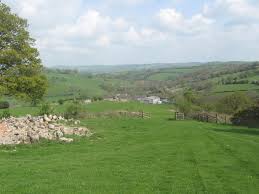 According to the tale, the man was at that time a twelve-year-old and a young evacuee – a boy of about nine or ten who hailed from somewhere in London - came to stay with his immediate neighbors: in Woodseaves, a village in Staffordshire that has been the scene of more than a few man-beast-type encounters since the 1800s.


The pair would regularly play in the woods and fields around Woodseaves during the summer of that year; however, the young Londoner confided in Nick's caller that he had overheard the husband and wife he was staying with, quietly discussing a strange event that had occurred several days earlier: namely the sighting by the husband of a large, hair-covered thing "like an upright bear" that had been seen walking menacingly through Woodseaves shortly after midnight.


The witness had apparently been deeply disturbed by the encounter and swore his wife to complete and utter secrecy. My source knew no more than that and had not spoken to the boy from London for more than half a century; however, for what it was worth he said that he wanted to relate the details to me, as he thought I would find them interesting. I most certainly did! I thanked the man and he quickly hung up the telephone; never to call again.


As we move South East and get closer to Cannock Chase itself, using the Shropshire Canal route or via the River Penk, the reports become closer together, and just on the edge of the Chase is a small area below Bednall in which another very strange account occurred. 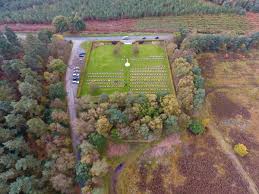 "It was a star filled night, clear, but dark and we were all in the car driving home, happily chatting and joking. Suddenly we all fell dead serious, the people in the back sat forward and we all pointed to the same shape that we could see in the road. It was a tall man-like figure, sort of crouching forward. As we passed, the figure turned and looked straight at us.  In my own words I would describe it as around six feet eight inches tall, with legs thicker than two of mine put together, and he was very strong looking with a darkish, blackish brown coat of hair. 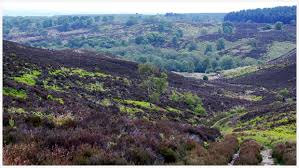 Witness account: I was over Cannock chase with a girlfriend about 25 years ago on a warm summers night when she noticed something in the tree line, when I looked, it looked like a large man in a fur coat standing in the trees watching us, when I turned on the car lights it ran deeper into the trees. He was very big and It did look as though he was slouched over as well, (leaning forward) i saw the size of him as he moved off into the woods and the side of him even through the trees looked like a bodybuilder, really bulky but he moved with ease through the trees.


So if you are going out this weekend or would be interested in visiting the chase, for the area North of the Chase i would follow the Trent and its many smaller woods along the way.  Where the river meets the train lines at Colton would be a good area to start. Next time we will have a look along the South West of Cannock Chase and hopefully over the coming weeks we will have a few, un researched little corridors, worth visiting.