June 12, 2015
witness report:Bridge of Balgie, Glen Lyon - summer 2014
A strange incident was mentioned during conversation in January 2015, this was reported to me a few weeks ago by one of the party:
Around August/September 2014 a renovation was taking place of an old cottage near Bridge of Balgie, Glen Lyon. The cottage had apparently been abandoned for over 50 years before being bought and a company was brought in to overhaul the property.
At this time 2 of the workmen were working there every day and decided it would be easier to stay there instead of travelling to and from Perth. They stayed for 3 nights, during which they were disturbed every night by strange howls coming from outside and thumps like something was landing on the roof of the cottage. The men were freaked out by these noises and stopped staying there, thinking it was a ghost or something. When they came to take down the old gutterings, they found numerous rocks in them. The local woods have been described as creepy, the men have endured some ridicule about this "ghost" ever since. 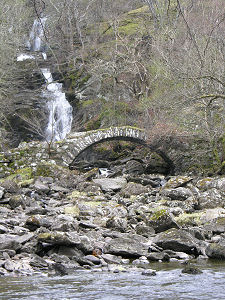 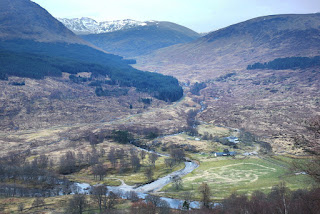 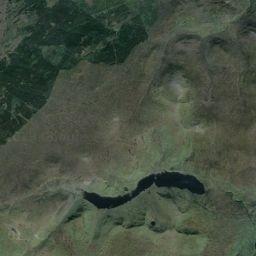