June 16, 2015
I was by the stepping stones in the summer of 2012 it was late evening and I was running the steps leading up to the hill.
During my training session I had heard, what I now belive to be wood knocking.
I cant say how many knocks because at the time my focus was on training and I did not know wood knocks have been linked to what I was about to see. I just remember thinking to myself what is that noise as it was loud but distant and seemed to come from several directions.
I had finished my training and sat down on the steps to drink my recovery drink and just enjoy the cooler air of the summer evening. It was about 25 minutes before anything happened.
It was still daylight and I could hear footsteps coming down the hill. I didnt look around at this point as I was expecting a dog walker to go by and I was sat to the side out of the way.
I then realised that the person walking down the stairs had stopped. I could hear breathing. I had an unsettled feeling, that I was being watched.
I turned and looked over my right shoulder.
Stood about 10 meters back to my right side and up the steps was what I honestly belive to be some sort of ape.
The fur was a brown colour with patches of grey. The face was very human with a flat nose but the jaw was big it looked out of proportion to the head. The head was domed at the top.
The animal stood on two legs but appeared to slump forward and the arms were long in proportion to the body.
The animal was very thick built. I can only say Solid muscle. It was frightening the build of this thing.
Im not sure the height from the angle I was at. I could only estimate 6 foot+, but Im not sure.
The animal stood staring at me for about 30ish seconds before turning around and walking off but still watching me.

As it left I could smell a stale farm animal type smell that lingered.

I did hear someone had said a creature like this had been seen running along the zig zags by several motorists. I have never been able to get this confirmed and Surrey police dont seem to want to discuss this subject. 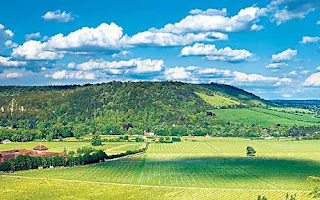 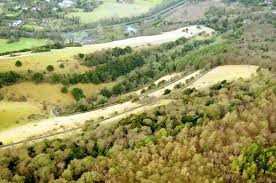 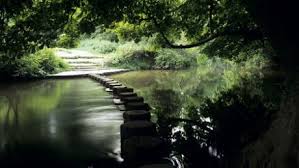