'Many years ago (1991 to be as exact as I can) I was on Dartmoor in the small hours, location forgotten but I recall being sat with the girl I was sort of seeing at the time and we were located at the back of some public toilets (yeah, I know, real romantic but it gave us some privacy) and before us about 200 plus meters away was a lake. As we were sat having a smoke I noticed a shape moving around down at what I believed to be the lake shore, it was night but the moon was bright so you could make out shapes and form but not features, anyway my brain first kicked in as to the fact that it must be a diver and it was late to be out diving, then I realized that this "person" had no lights about them to see where they were headed or, if they had been diving, to see underwater. The form was definitely walking on two legs, that was apparent by the way it moved, but it was silhouetted against the lake so I could not make out features, being the inquisitive creatures that we are I began to move towards the shape, then I realized that whoever this was that was perhaps not the best idea, the form was still I assumed at or near the lake shore and seemed to be moving slowly not towards us but diagonally away to our left when the girl I was with suggested we should go I agreed that was a damn good idea. The form itself was bulky but as to actual height etc. I could not absolutely say, I just got the feeling it was large, the thought occurred to me as we were leaving the area in my friends car that perhaps it was a bigfoot, that is all my mind could relate it to after ticking off the other options like an escaped prisoner from Dartmoor prison, there were no reports from around the time, a diver, at that time of night and with no lights, there was no other car in the small car park either for the diver to make his way to which also negated the possibility that it was another courting couple or someone out for a walk. There was another couple with us that night, but they remained in and around the car, and besides neither looked like the form that we saw. 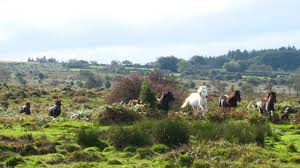 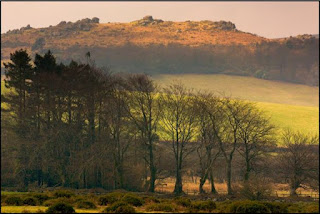 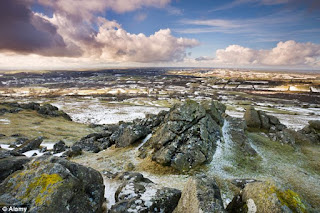