August 11, 2015
I live near the Cannock chase area i had a real encounter with something I was walking through the chase with my family they stopped and had something to eat so I went for a little explore on my own as I came up by the area where there were lots of downed trees when out the corner of my eye I seen something that looked  like a person in a chewbacca costume just really bulky it stood still like it had been frozen in time so I shouted what are u doing in a costume out here are you stupid the subject was about /250/300 feet away as I shouted the subject turned around and let off this growl that was like a lions raw but from inside its body i stood frozen thinking it isn't a person in a suite as it turned its leg and back muscles expanded like a body builder it began to run away it had patches of hair or fur missing on it's back and right leg I didnt want to chase it as I know it's his home not mine as it got just out of sight I heard a big crash the subject pushed a tree over like it was nothing


I still cant believe what I saw it was a dark colour like a brown but when the sun hit it was like a reddy brown colour you could see the muscles expanding when it moved it had patches of hair missing like it had been caught on barb wire or attacked in some way?  but I don't know what would attack something that big it had hair on top of hands the skin was like a grey/white and when it turned it moved the head and shoulder at the same time like it couldn't turn it's head without turning its body at the same time.

I wasn't going to tell anyone but it was just there in my mind, thinking if I told anyone I would be put in a looney bin and the subject growled and grunted as it walked away I'll never forget the sound. 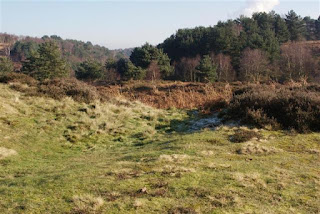 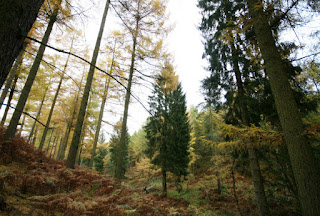