August 31, 2015
This is a report by our researcher Mary Cameron who has spoken to the witness: The witness wishes to remain anonymous but swears that she saw a tall hair covered humanish (her word) at the Cairns about 2 weeks ago.  The creature was about 7-8 feet tall by her estimation.  It was just at dusk, and the sighting only lasted for a few seconds while the 'thing' crossed the site and made off into the trees in the direction of the battlefield. The Cairns lie in the valley of the River Nairn, and there are standing stones/cairns along its length - right down to the sea (and along to Cloddymoss!)  The river is known for its salmon and sea trout and there are a lot of Roe deer in the area.  It is also close to moorland where there are grouse and Red deer + rabbits, hare etc.  I know the battlefield is haunted,  bagpipes can be heard and the Highland forces seen on the eve of the anniversary of the battle in April.

Clava Cairns -is an area of natural beauty and is  about 1/2 a mile from Culloden Battlefield. 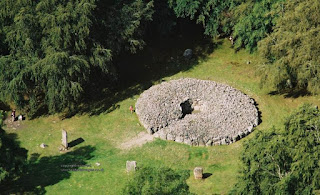 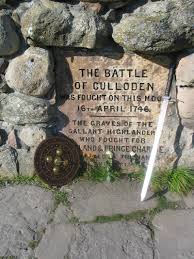 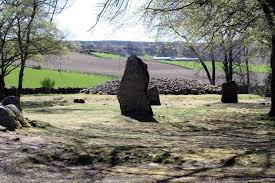