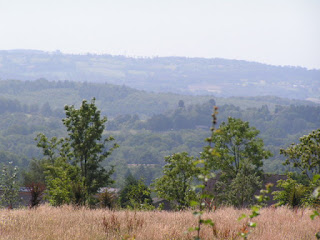 If you are ever in my neck of the woods (no pun intended) there is a place called Snapewood it is part of the old original Sherwood forest but due to the industrialisation of the midlands has become a secluded woodland area separated by at least twenty miles and is fenced off with deer that roam throughout and is now a nature reserve.. I used to camp there many years ago as a teenager growing up.. We would stay overnight often and would hear screeching this was not birds or any type of wildlife, our camp was ransacked one night as we lay in our tents zipped up our food was taken, my friend caught sight of what he described as a huge hairy man with no clothes on, i never saw the creature at the time but it changed my friends life, he would often tell us over and over again about it over the years,, we would jest about it to him,, he used to go back over the years on his own and sit for hours and coming back and telling us there was a family of three the youngest being a child ape like creature which ran on its hind legs..we thought he was nuts.. He took us back there some thirty years later and showed us where they could be seen from, from the top of a disused railway line embankment overlooking the part of woods where an old clay pond had formed (we were around half a mile away)we sat there all afternoon drinking beers until we heard the same screech we had heard as young teenagers,, even now i am lost for words as this huge chestnut coloured hairy man thing emerged from the clearing towards the pond and i watched it with two of my mates bathing for over half an hour.. The only thing my mate said was i told you i told you but you never believed me,, he still frequents the woods in winter and leaves food.. He told us he has seen the branches you show in your videos. He says they are way point markers and when one passes by they will turn it towards the direction they walk towards so others know which way they have gone.. I came across this channel by accident and was stunned when i started watching even now at my age I'm over 50 i find it hard to believe but if i hadn't seen it with my own eyes i would never have believed they exist,, but i can categorically state they do.﻿ 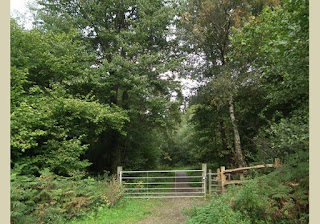 To be honest myself and other friends ragged my mate for over thirty five years, it's just not something i would have believed in, but actually seeing it although from a distance there was no disputing what it was,, my friend was always adamant from the beginning as to what he witnessed all those years ago and he never let it lye either, he would often sporadically call in to see me in passing my house which is adjacent to the woods and he'd tell me that he had been back to the woods with food,, i cannot tell you how many times i rolled my eyes and laughed at him,, but after seeing it for myself the whole saga was pretty emotional,, there was an old wives tail that circulated around the estate and told to young children who stayed out longer than they should have that if you went into the woods at night you would never be seen again.. I'm not sure if it was related or if other people have seen them but it all added to the mystery. There are people that frequent SnapeWood with cameras and clipboards at certain intervals throughout the year but I'm not sure if that's related either as it is a nature reserve.. The canopy of the trees is extremely dense and even on the brightest of days it looks dark in there.. All i can tell you is i know what i saw that day on the railway embankment and even now blows my mind just thinking about it.