The Bigfoots of Longridge Fell 2002

I'm from the States. We've been over here for exactly two years since 2000. We live just outside of Blackburn in the Ribble Valley.  I've always had a fascination for these Hominid creatures. I've had visuals only in the western part of the states. Every State and province (Canada) has them, except Wash. D.C. They're known by many names in the US, but the most common two names are BF and Sasquatch. To find them here in the UK was a surprise to say the least.  i made this report to the BRFO in 2002 i thought you may be interested to read it.

Location Details: This is private land with public paths meandering through dense forest. The path that we took started at a car park I believe at the north end. There was only one car park that I could find in the whole area. It was cut out of the dense forest. There is another car park way down south off the same road, but it overlooks the whole valley below. 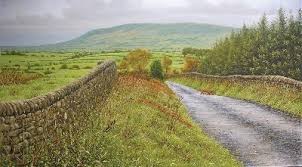 Number of witnesses: Myself, my 2 young children (5 and 7) and my friend.

Observed: We were all walking on the path and decided to walk into the dense part off the path. It was purely happen stance. No sooner did we walk in, we stopped and had a look around. This funny looking tree with moss hanging off of it was clearly out of sync with the rest of the forest. Actually, my words to the BFRO was giant haystack. Only I quickly rationalized it away as being what it was....BF. After doing considerable research on the subject and understanding their habits I knew it was standing still...sideways, about 20 feet away. It was 7-8 feet tall with matted, dirty tan colored hair all over its body. I was enthralled with it. I couldn't take my eyes off of it. My 5 yr. old saw it but thought it was a tree. She later told me that she had seen a funny looking tree but didn't realize what she was looking at. However, she did see a baby leaning over, pretending to be a tree stump. She told me it had little, black, furry legs with its butt showing towards her. My friend saw the same thing. This little one would coincide with the crying we had heard earlier from the same area as we were walking up the path.

I guess we behaved inappropriately by walking off the path and catching this mom off guard. Also, we heard chattering further up the path across from a clearing. I did whoop vocalizations and I got a reply...then dead silence. We decided to head back to the car, as darkness was approaching within 25 min. We nearly got back to the car when I heard a loud bang on the tree next to me. It's as if a stone had hit the tree. Then my friend went to pick up something, she was hit on the back shoulder with a stone. She later told me that she had seen a big black hairy BF running away. 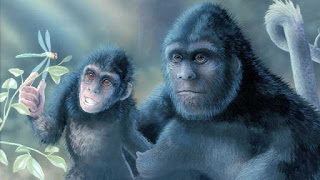 Observed: My kids and I went back to the same area to see if the haystack had moved. Upon entering that 6-7 foot opening, something growled at us. It was a deep gutteral, low tone growl...a warning perhaps. I told the kids "lets go...we found the haystack." It sounded as if it were less than 5 feet from me. This time we threw apples on the ground on different paths that I thought it used.
I've been back many times since. I call it "Baaaqaaaa" and have been leaving food when it growls at me. Last week, there was a time when I had an apple in hand. I whooped to let it know I was there. It laughed at me! It went "HEEEEHEEEEHEEE" or something to that affect. I guess it had recognized that I'd left apples on a previous occasion. I heard heavy breathing at times, heavy footsteps that would make the hair on your back stand on end and then nothing. It would seem they can project as heavy a footstep as they see fit for a given situation. At other times they're unobtrusive and stealthy. This is all I have at the moment.