November 12, 2016
This reports was made by a local researcher:

I would like to tell you my experience at Wareham Forest at the weekend: I was bang in the middle of the wood and there was no one around except for myself, the missus and the dog. I did a long call "Bobo" style, it echoed really far. within a minute or so we saw a dark figure in the bracken at about 60 yards away...as fast as it appeared it also vanished. it freaked us out!

Basically we were at the high point on top of the hill and as we were going down I decided to try to do a call because there was nobody around except for us. I did a long "Bobo" Fay type of call (Finding Bigfoot!). It echoed a lot through the valley and within a minute of that call, we were on the main path and noticed a dark figure heading towards us about 60 yards into the thick bracken. I could not make out what it was, it was not looking like your average human. I didn’t see clothing just one all dark figure. I'd say it was at least 6 ft tall and dark. as I glanced again it disappeared. I do know of cat attacks and reports in the area, but this was standing and walked upright on two legs.

The wareham area is an ideal location for bigfoot or wild cats it is surrounded by swampy ground and has nature reserves in all four directions, it’s close to the River Stour which runs out to sea and is only 7miles from a cluster of strange activity at Puddleton, there are historical wildman reports from this area and of course the creature photographed by a girl in the park in March 2013 (see picture 1), our own investigators have recorded howls and whoops in the area 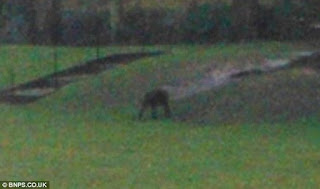 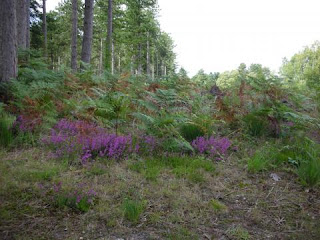 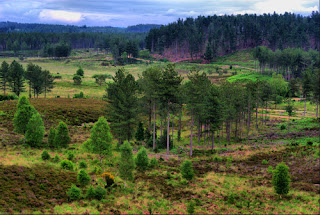 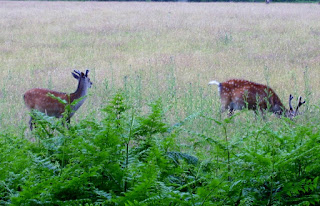