January 01, 2017
It would have been about April May 1966 not too cold not quite summer, I was 13. It was my school's turn for the third year to have Plas Dol Y Moch outward Bound centre for a week, it had been gifted to Coventry Council by an old widow for disadvantaged kids to allow them to experience the wilds of the countryside and is still functioning to this day.

We would go canoeing, rock-climbing, abseiling and all that stuff, it was great. Also we were taught Orienteering, finding our way in the dark through woods using a map and compass. 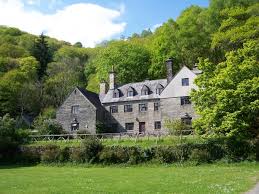 So this night we were paired up and given instructions on how to use them to navigate the woods at the back of the Centre (which was a huge Manor House affair) me and my mate were first to set off through the woods, it didn't take long to get through maybe half an hour. So we come to the path that leads back to the centre down a steep slope, this is when something very big came crashing through the trees and bushes to our right, me and my mate just stopped dead still and looked  at it, it was sort of roaring as I remember,it was like a huge black shadow, it was that fast, but you could tell it was thick and bulky. we just dropped all our maps and stuff and ran like hell back to the centre and aroused all the staff to what had just happened. The funny thing is they believed us straight away and called the police, not once did they show any doubt at what we were telling them especially as my mate described it as a giant ape,the police questioned us very sympathetically and organised a search, I don't know what happened to all the kids about to follow us through the woods, in fact we never really talked about it, strange. I or my mate back the had never heard of Bigfoot or any such things but I did have a deep interest in UFOs as I had stood underneath a large golden one when I was about eight or nine. 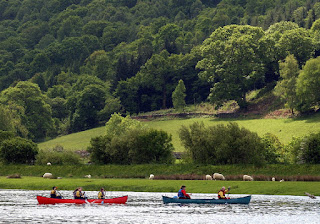 The previous day we were all taken to a local church to see a giant hand print left in a rock said to have been thrown at the congregation as they left Sunday mass, we all took turns in putting our hands into the print to gauge the size, as I remember it was pretty big, this place took me years to find out the name of the village and church its Maentwrog, Twrog's Stone!! 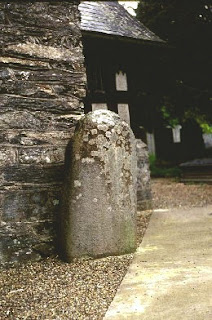 Nadolig Llawen i chi i gyd,