Tee Pee Structures What are they

January 24, 2017
Many Bigfoot researchers world wide have their own theory and opinion on what these structures are and their uses. In general they are seen as sleeping areas or meeting places.  But this does not add up for me. A sleeping shelter that consists of only the struts would not hide you or shelter you in storms, We have been lucky enough to watch a "shelter such as this in wales over a 3 month period"  in the Summer months, no shingles were added or moss to cover, no bedding nothing at all in the way of comfort, in fact you could just as easily sleep on the path and save yourself the trouble. It was left open to elements and on show almost and quite visible, but the sticks them selves changed. From new sticks added and others taken away? 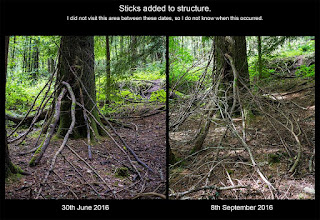 So i started to look at what other researchers were finding and they seem to be the same TeePee like struts out in the open, forming a narrow crown at the top and splayed poles almost like the typical teepee used by native Americans and outdoors men, although out in the wilds they are not hidden using foliage or disguised in someway, to me it speaks of something wanting to be noticed, it stands out from all around it, which is the opposite of a safe sleeping area. More in view than hidden and it seems meant to be seen 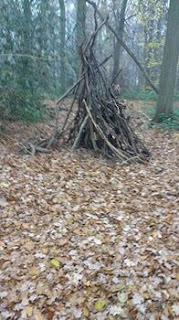 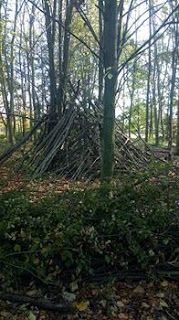 If you wanted a safe nights sleep you would tuck yourself away in the brush or a cave somewhere, out of the elements and view of others. Using bedding or brush to get you up of the cold floor and even to cover you. These structures would only work if a tarp was thrown over and some are very small indeed. What use a shelter that doesn't offer any shelter at all.  If we found these structures in areas of thick scrub hidden by vines and greenery i would consider they could be for sheltering purposes. 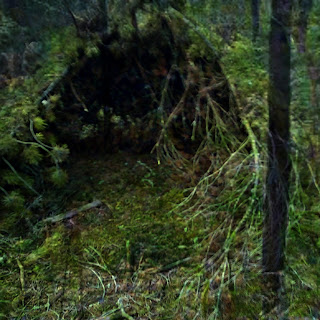 But in my opinion these are cairns or notice boards of some kind, easy to see and easy to access like a Bigfoot "sign in sheet" i was here and i headed this way. Or three adults travelled this way. But there are other valid theories that we should look at too. 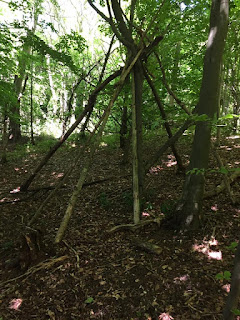 If we work with the theory that all animals must mate to reproduce and to keep that gene pool clean and healthy members of some tribes leave and join others. Are the structures a way of showing off your skills as a male, the bigger the struts the more powerful you are, the better built the more you have to offer the tribe you want to join?  Similar to a dowry in our day and age. 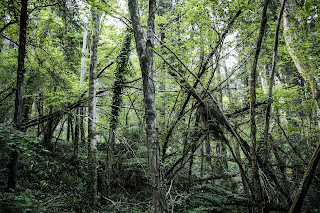 Or are they territory markers of some kind, a show of strength and size of any given clan or group.  We find them spread apart by miles and for all some claim "people" every time one is seen, some are so intricate and detailed and weaved it would seem to show a skill set and we don't really find them close to urban areas as such? Surely they would be everywhere if people were the cause. 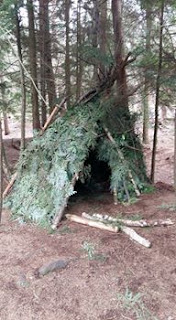 Or maybe you have a theory of your own to share, that could help with the research for the UK and world wide. Do you think these are the work of our Forest Friends or simply of no importance and we should be looking elsewhere for our next clue in finding an understanding of sorts.