The Hunched Figure at the Road Side 1993

January 27, 2017
I dont have many details on this account, it was passed to me from a friend of the witness who is now a researcher of the British Bigfoot. I was talking to one of my neighbours about my hobby and what i do and he remembered something that had happened to him when visiting relatives in the Manchester area. They had travelled to Blackpool to show him the sights and it was on the return journey that this happened. 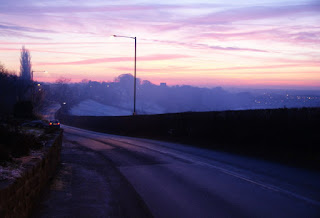 Account: I get a little confused as it was so long ago but I know is it was winter time and we were driving on a piece of dual carriageway between Manchester and Blackpool. Ir was dark but the road was well litAs we were driving back home i looked to the side of the road and saw a Figure it was black 6 to 7 feet tall bigger than a man and kind of hunched over.  "It" was pretty big and we couldnt make out too many details, "it" was just stood at the side of the road looking like it was thinking about crossing. It didnt move as we passed it, as we looked back it had gone.
This account fits in very well with the other accounts in the Ribble Valley, and is very close to the River Ribble situated amongst farmers fields and small pocketed woods the river route makes for ease of access to and from the Marton Mere area and upto the Forest of Bowland area. 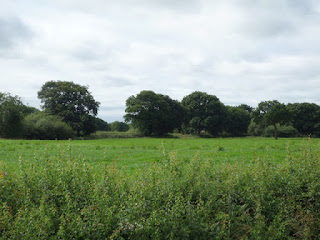