February 26, 2015
I was around 14/15 when i had my sighting it was 1981/82 late may early june, it was warm and breezy and just a beautifull day.  it was nearly school break up and with nothing important going on we sneaked off around lunch to the parkland and didnt go back for afternoon lessons.  the area where we were had an old mansion called summer hill.  it was run down and overgrown, massive trees and rhododendron bushes, tall grass, there was an huge victorian green house left to ruin and the landscaped gardens had returned to nature.  there are rabbits, squirrels, 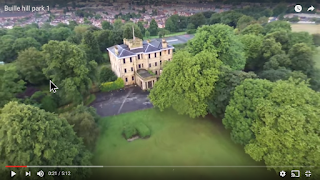 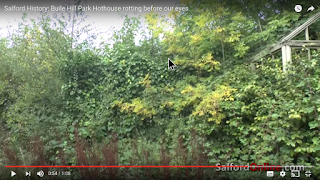 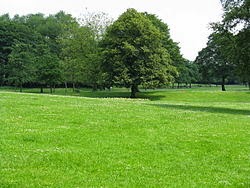 there is also a swampy water course in the sw corner.  we were hidden in the foliage which opened up like a huge teepee.  we were there for about and hour ish,making noise, giggling and rolling around, maybe around 2.oopm he just leant forward out of the greenery.

i froze at the size of him, i could only see from about mid chest area, but we were only about 8ft apart, i fixated on his eyes and mouth as i could see his teeth, (not because of a facial expression just that his mouth was slightly open) his mouth was same as ours but his jaw was huge, he had dark tanned weathered skin and was covered in dark dark brown hair that looked auburn where the sun caught it. he had huge shoulders and a massive chest, he looked like a man/ape but at that time i thought he was a monster.  i pushed my friend to the ground (im still ashamed of that to this day) and ran like the wind.  i turned to make sure my friend was up and running and i saw him just lean back into the greenery.

i have tried to go back 3 times and could never do it, the first time i had a virtual panic attack and didnt try to return for years.  this changed things for me and i have studied the possibility of wild humans for 32 years.

https://www.youtube.com/watch?v=25Xb5gLVt0E a better idea of the area.