Skip to main content
February 19, 2015
Gwyn Weeks, aged 63, of Page Street, Tredegar was embarking on one of his regular trips to walk his dog around the lake at St James Park when he spotted something strange lurking in the woods.
Mr Weeks said he could see something moving through the trees on the other side of the lake.
Retired steelworker Mr Weeks said: “It sent a shiver up my spine, my dog started barking, you could have knocked me down with a feather.”
Quick-thinking Mr Weeks immediately pulled out his mobile phone to capture the creature on film.
He said: “My eyesight is not so good now so I zoomed in to have a look and I couldn’t believe what I was seeing. At first I thought it might be one of those panthers you hear about round here, but it was more like a bear, it was quite ape-like. It could have been a yeti!”
The unbelievable 10-second clip shows an animal resembling a gorilla appearing to forage for food before briefly standing on two legs and disappearing into the trees quickly.
Mr Weeks said he was glad he captured the footage as he feared no-one would believe his amazing encounter.
He said: “I was out of my wits with fear, I jumped back in my car and was out of there in a flash. Some people I’ve shown the film to reckon its a wind-up but at the end of the day I know what I saw.”
Tredegar Crime and Disorder Reduction Officer Tony Davies said he was unsurprised by the reports and police would be looking into the matter.
Pc Davies said: “We take reports of yetis quite seriously.
“The neighbourhood policing team will be upping their patrols and will do their best to persuade the yeti to go elsewhere.” 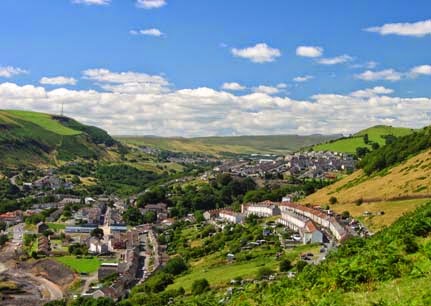