A historical encounter was reported in February 2015 from a work colleague, who tells of when he was a teenager growing up in the town of Kirknewton in West Lothian. He estimates the year to be around 1986/87. He states that he and his friends were daring each other to walk into local woods one night and they eventually decided to go together, as they were approaching the woods they saw in the moonlight what is described as a large dark figure running across a field adjacent to the woods. It was reportedly running alternately upright and on all fours. It then vaulted a fence "It just glided over this fence.....it looked like it had a really long neck. We thought it was trying to cut us off so we ran for it."
He reports that "strange stuff" used to happen in the local woods, one example he was able to give was when they were out with a friend and his dog and approached an old walled burial ground in the woods. The dog stopped suddenly and tried to run away, straining on its lead. He states that it seemed frightened and desperate to get away, they decided to leave too.

He was kind enough to show me the exact location of the incident, it is on the outskirts of the small town and the area has a lot of thick, old woodland and a nearby quarry. It is also on a rail line and on the edge of the Pentlands hill range. Reported with permission. 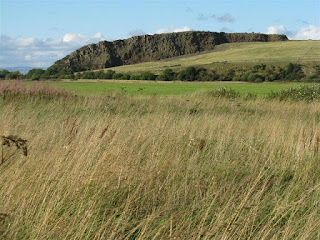 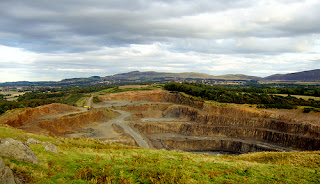 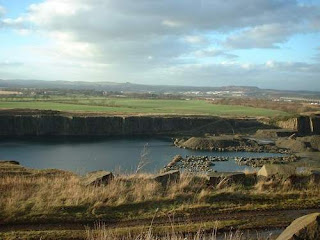