The Dogman of Mount Snowden

June 04, 2016
The reports from witnesses come in from many places, reports sent in, searching forums, word of mouth, but i find that mostly when i tell people what i do in my spare time, rather than laugh, they usually open up about something that happened to them, that they have never told anybody else, this sighting came to one of our team members when chatting with a tv researcher.

Report from Tam Dudgeon 1/6/16:  I've been selected to appear on a well known television game show here in the uk and one of the researchers was doing some background bio on me and I mentioned my interest in Bigfoot and Cryptoids.

You could hear in her voice that she thought it was a bit of a joke when she asked me what we were looking for. I was telling her all about the different sightings and creatures and I mentioned the Dogman. Then the line went silent...I thought we had been cut off, or i had scared her off completely but she was still there and when she spoke you could hear that she was shook up. She said that she had been trekking up around Mount Snowdon and had seen a large figure, and in her own words "it was over six foot and standing up. It was a man who looked like a dog. It leapt over a fence from a standing start and disappeared." She hadn't told anybody in ten years in case they laughed at her.

Mount Snowden is an ideal area and surrounding by rolling fields, woods, and vast areas of natural beauty, and is the highest mountain in Wales, at an elevation of 1,085 metres above sea level, and the highest point in the British Isles outside the Scottish Highlands. A refuge for anyone human or animal to live out there days happily, unseen to most average uk hikers. 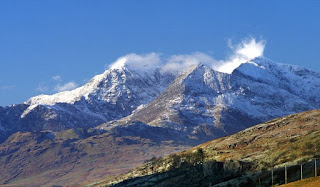 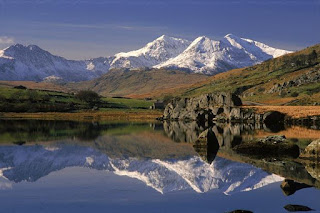 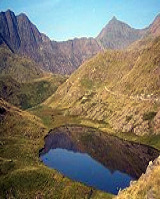