June 23, 2016
I was contacted today from a lady in the chesterfield area of the Uk, who wished to report strange wood knocks from the wood line adjacent to her property, This is her account in her own words.


"On Thursday of last week I went outside to clean a hoover part this was at about 2 am in morning, i;m not a good sleeper and am usually up most of the night, I was tapping the hoover part to clean it, when I stopped I heard 3 very quick taps they came from in the wood line, i was puzzled but not scared so I tapped again and got a reply. The weird thing was about 5 mins before this had happened all 3 of my cats came flying past me straight into the house, not one of them went back out that night and stayed within the house. I know I'm in UK but i have never heard this before, and I've lived here several years now. The wood line is about 150-200 feet from my home and also a railway runs through it. I looked on the uk bigfoots sighting map and it seems that I live in one of the most reported sightings areas.I wondered if anybody else had this kind of experience and could it be bigfoot related. i would love to go out and check it out but really wouldn't know where to begin .help!! I didn't really believe that BF could be here in UK, and i'm still undecided but it was strange enough i thought i would report it.,but where do I go to report this as i don't want to be laughed at or looked at like I'm mad".

Now as we know Wood Knocks have been a part of Bigfoot research from day one, and this lady clearly makes no claims, but i do find it interesting that she has all the components that usually make up a sighting area.

On checking the map of sightings myself i realised that the sighting area is surrounded on all sides by other sighting accounts, coincidence maybe? but interesting all the same

This really is ideal habitat for anyone wanting to disappear for long periods of time, situated between the sightings in the Sherwood Forest area to the East and the Peak District to the West, the River Rother flows through here and on to the sighting area for the the Rother Valley Bear. 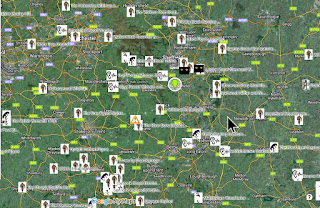 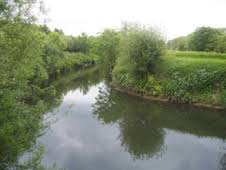 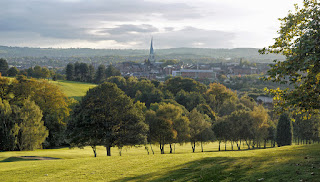 Update in activity 30/8/16: I would like to pass on to you.last night at around 9.45 pm, my daughter and I were walking home.when something was thrown from the opposite side of canal into the water I thought it was a duck first, but then it happened again. The feeling I got when I looked across told me we were being watched but neither of us see anything. This took place within 300 to 400 yards from the wood knocks. What i did find stranger still, my daughter became so scared and she actually started to shake, and then the atmosphere changed completely and she was calm and we walk on home.