Dont Poke the Bear is always Good Advice. A British Bigfoot researcher view of the subject 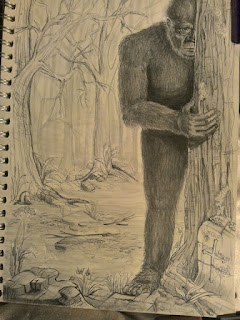 I was chatting today with a lovely lady who i hope will become a good friend, we have similar ideas and thoughts on the British Bigfoot and as i watch this lady and many other newcomers being fed lines like “he's only in the US” or “people in the UK have no idea how to research” or my absolute Favourite “there is not enough land”  These are questions i have answered over and over, that cause argument and upset in groups and forums alike, i think this can all be answered very easily but some people are afraid of the controversy it would bring.  Well if you get one thing from me that's consistent, its that i speak the truth whether it costs me likes and clicks and subs. So here is my own take on it. 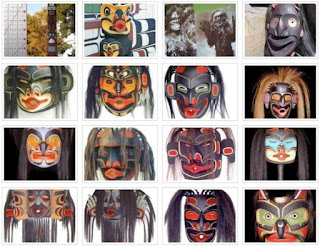 So for me the truth is, if anyone nation is a newcomer to the subject that would be the people who only started to study the “beast” in the 1950’s.  The newcomers to the subject with little understanding of what they were looking for.  Before this the Sasquatch or Woodwoose or Almasty were accepted, traded with, lived alongside, and respected for their knowledge and cultures, it was only on introducing the “finding Bigfoot” culture into the mix we start to see the divide in attitudes, the wanton shooting and tracking, the constant need for more evidence, a better video, a clearer picture, the trading of insults and the inevitable peeing contest, who's better, whose evidence is clearer, whilst for the rest of the world is happy to just BE with them, learn from them.  Let's change this before this culture has another 60yrs to spread.  Let's go back to the old days, the days of acceptance and learning.  What do we have to loose other than likes and money.  I for one will always shout as loud as i can, He is here. He always has been and we are the newcomers that need to learn.  Fear of the unknown can last for generations. 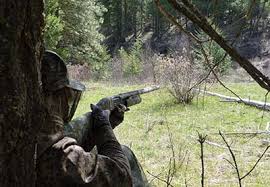 It does not move us forward in the Subject in fact it anchors us in the past, some people will have to accept they do not have all the answers, there are NO experts just people who have witnessed habits and it's the study of the habits, the non interference that will bring the answers.  60-yrs those cameras have been out in the woods, 60 years of hunting and tracking, of telling people what's in their country and not in others, without ever visiting there, or even stepping foot in the soil of that country, to me sparks of arrogance and ego, and that has no place in the subject.  60 years in the lifetime of this planet, is a tiny drop in the ocean of what we really could learn, don't base your research on what happened over those dark years, step back into the past and do it your own way.  The box is a wonderful comfortable place to be, but that's is all you will get.  Step outside, smell the air, watch the birds and walk in nature, then the answers will come.   Trust no man with an agenda.